The Land of Mañana

"You're in the land of mañana, my friend", said the gas clerk in the strange town of Animas, New Mexico.  Where the hell was I?  Why was there only 1 gas station in a 50 mile radius?  No ATM's and even fewer people.  It was scary.  Isolating.  A step back in time by about 40 years. 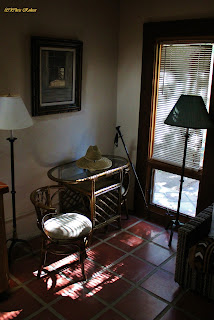 Yet I came here to escape humanity.  And while the trip was extremely rewarding, it had a bit of danger to it.  So I took the walking stick to protect myself, put on my sun hat and began searching for everything. 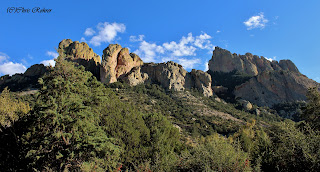 And while I spent my time in Portal, AZ, I attended a lecture with Roberta and Michael.  Practically the entire human community showed up on this cool night to listen to a couple of Chiricahuan researchers.   One was a New Yorker and hilarious:)
Check out this data!  Did you know?
1.  Of the 43 bats found in the US, 24 species are found in these mountains.
2.  Of the 950 birds found in the US, 375 can be found in the Chiracahuas.
3. Of the 400 mammals in the US, 90 live here. 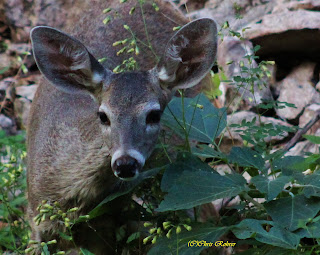 The "Sky Islands" were unaffected by the last Ice Age and the critters were allowed to continue their evolution.   The Chiracahuan Leopard frog is an example of this evolutionary step forward.  Or the endangered, thought to be extinct but rediscovered, Mt. Graham Red Squirrel. 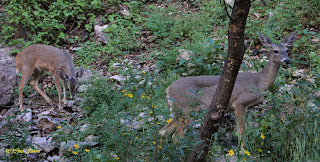 The Chiracahua Mountains are 40 miles long and 20 wide.   It is one of 42 Sky Islands that exist between Mexico and the US.  They are known as the Madrean Archipelago. All have a unique biodiversity found nowhere else in this world but here in these forgotten parts of the world.  Each different from one another.
Home to Jaguars, Jagarundi, Ocelots, Mountain Lions, and Bobcats.  It's one of the few places where these cats still roam together as they once did in other parts of Southern Arizona. 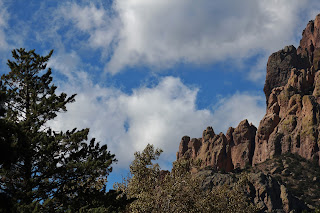 While the fires on top of these mountains have done damage, I'm happy to report that the Aspens are now human height.  These are the first trees to sprout after wildfires.  And it's also the reason many of the bears were coming down to visit:)  Portal is truly an exciting experience full of wildlife minus the people.  So remember to bring cash, your birding guide, and a full tank of gas because this truly is the "Land of Mañana." 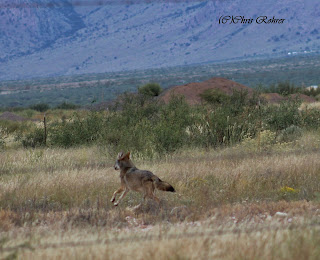