Sacred perfection.  Kathie and I set out to Sweetwater.  It would be her first outing to this place since she moved back to Tucson.  For me, it would mark our first outing together here after dark.  But even more remarkable were the finds.  With birder buddy near, we dared to stay until after dark and that is when the magic happened. 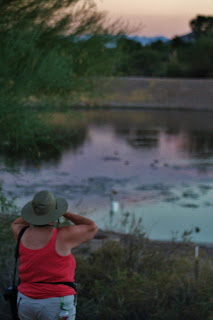 Two elements kept my thoughts together.  Kathie.  And "Bob".  He is always at Sweetwater on Sunday nights with his baseball cap and checklist.  Two people who have the observation skills of a Red Tail Hawk hunting prey.  We got stuck at the recharge ponds because of the high amount of bird/duck activity.  It was incredible but unfortuneatly, the sun is setting earlier and earlier and the time for camera documentation began to dwindle.  And before we knew it, the sun had set. 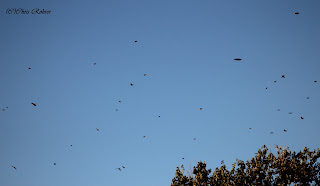 The sky was darkened not only by the fading light but by the flights of hundreds of Yellow Headed Blackbirds, ducks, and other birds. So much life.  So much power and beauty. 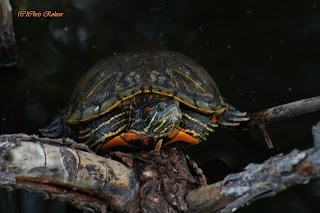 As it grew quiet, the sacred Great Horned Owl flew with its HUGE wingspan across the dark night sky.  Quiet. And breathtaking.  And for the first time, a Green Heron magically appeared out of a tree and it would mark my first photo documentation of this bird.  But even more special were the Lesser Nighthawks that flew above our heads.  The Black Capped Night Heron began its ascent over the wetlands.  And "Bob" reported that we passed a Diamond Backed Rattlesnake.  That would have been incredible to spot but Kathie was happy we hadn't:)  And throughout the hushed and darkened skies of Sweetwater, the sparrows and songbirds huddled together and sang their nighttime music safely together in the bushes. 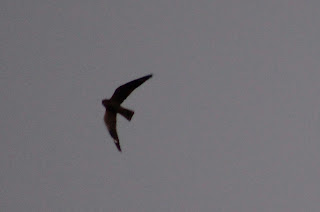 Never had I stayed so late at this place that I like to bird. The wild things roam here during this time and one must keep their eyes open for snakes, Coyotes, a Mountain Lion, Bobcats, etc.  As we left the place, I felt recharged and happy that we were able to spot so many incredible night birds. Which of course means only one thing.......I have to investigate more on this birding at night bit:)  My Monday began calm and relaxed with lingering thoughts of the Great Horned Owl in flight.......... 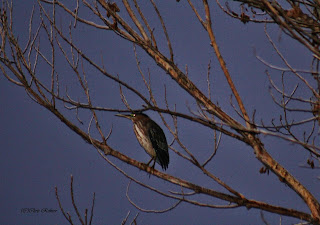 Here's another song that I've been listening to in my car. This song is close to my heart and relates to a someone I know.  If I had seen this video 5 years ago, I would have thought that this would happen to other people, but indeed this scenario had played out in someone I knew in my world.   Part of this blog is about the journey and documentation of all things which includes the background experience of a trip. Those things that are on the back of our mind while we hike and look for birds and other wildlife.