Today's post is fun and incredibly awesome.  There were many lifebirds here for me and during my stay at the Birder's B & B in Portal, AZ I was able to drink coffee, read my book and bird!!!  Many people ask if it's worth spending your money on birding places and my answer is "YES!"

While my hikes were productive, much of my finds happened outside of my cabin door!  There's nothing better than to have birds surrounding you at all times because you never know who will drop in.  These were some special finds......like the Blue-throated Hummingbird.

Granted the lighting here isn't great here but I was so close!!!  I wasn't expecting this hummingbird around but apparently 2 pairs nest all year round here.


Of course during the quiet of my reading, a lot of these little birds would fly right up to the running water.

I discovered over my 3 days here that the warbler and small bird invasion happened during the hours of 8:00 AM til 9:00 AM.  Well this was the best viewing that I had all day of these birds and it's one of the few times they would come out into the open for me to capture on film. 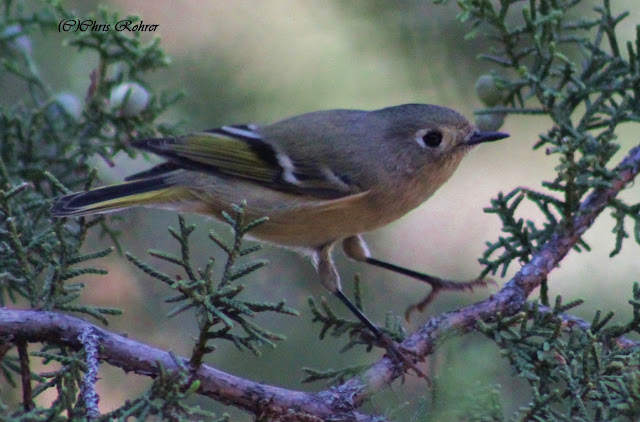 But it was incredible.  The Warbler Invasion was awesome.  I've heard about this happening in other places but never had I witnessed it in person.  Not only did the warblers come in great numbers but so did lots of Sparrows, Bridled Titmouse, Painted Redstart(also considered a warbler), Flycatchers, and hummers!  It was like a small bird party. 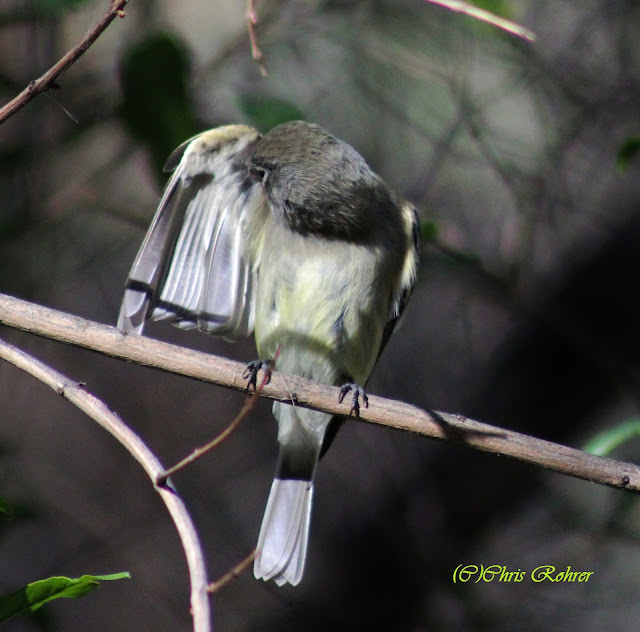 I sat smiling in the cool temps of Portal drinking wonderful coffee and reading a great book.

My personal thrills for this day were the Black-throated Gray Warbler and Painted Redstarts!  I think I jumped out of my seat. 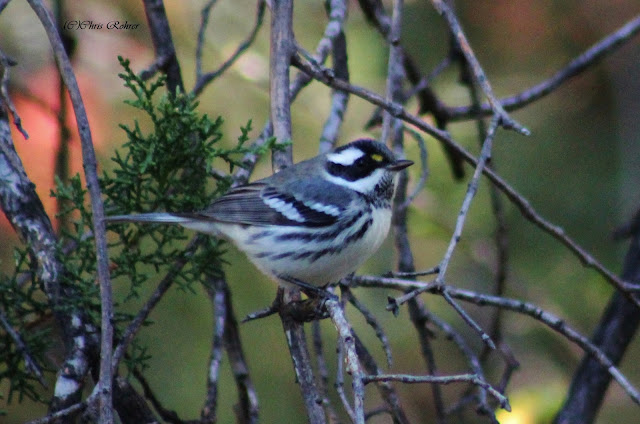 They had been reported at Sweetwater in Tucson but I wasn't having any luck finding them.  Plus I wasn't even sure I'd know one if I saw it.  Then in Portal, I saw the tiny flying skunk in the sky:)  And I knew I had found myself a new lifebird. 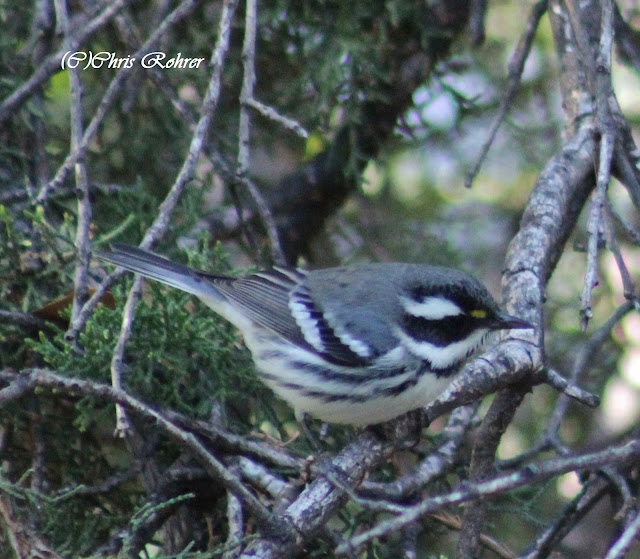 And while all of this was going on up in the canopy of the trees, I was watching the sidelines. Lots of fun action happening from previous birds I had already seen.....but they're still cool to watch:)

Most interesting was the display that the Blue-throats were putting on around the property. 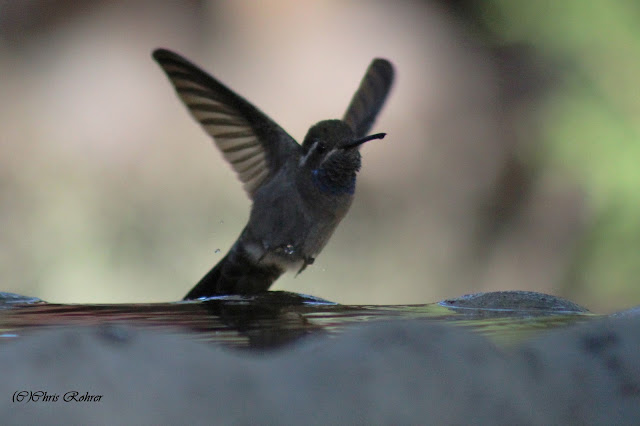 And here we see some fancy flight work going on.   While I was having a conversation with one of the owners, I was taking pictures:)  Fascinating stuff here. 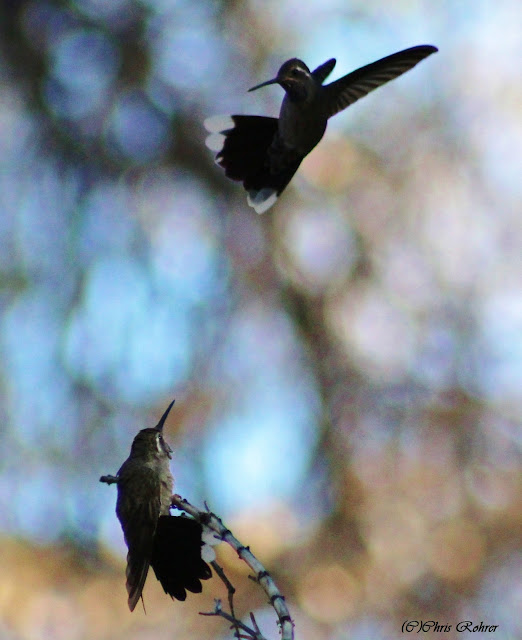 This Blue-throat looks like a young one as he was a smaller male compared to the rest. 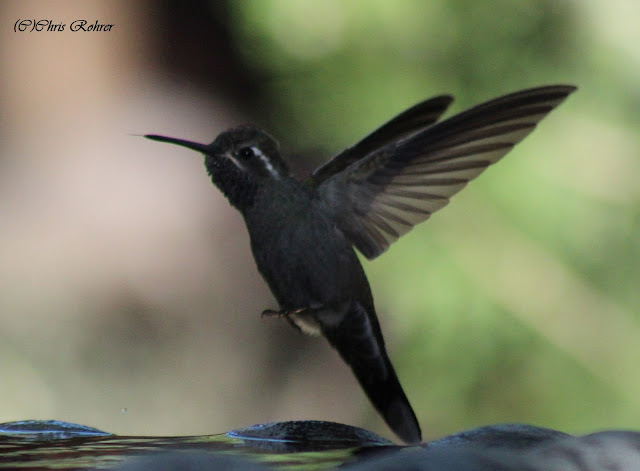 The difficult part about the warbler invasion came from the huge variety of warblers that were out there.  And I know I missed a lot more.  But I did witness my last lifebird below.  Not only was my stay at the Bed and Breakfast relaxing; it was also rewarding.  It truly was a birding oasis and that's what I love about these places.  When you're not hiking, you can still relax in a rocking chair with a cup of coffee and watch birds.  More tomorrow....