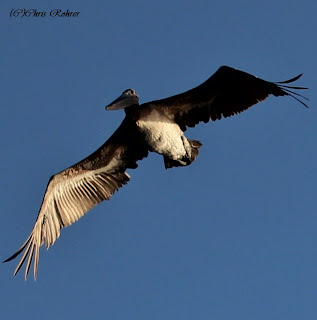 "Looking Back" is a series of posts that force me to go back into my files and use pictures that I thought weren't very good to post.  And yet at second glance, they look pretty good to me.  But this post didn't happen because of "Looking Back".  It happened because of EBIRD.

Over the past couple of days, I've been documenting my work.  And it has been rewarding beyond belief!  I've been to many places and in those places, I've witnessed many incredible sightings.  Just didn't realize it until taking the time to really look....... 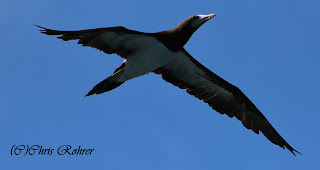 It has been an exciting trip for me because I am re-examining photos for the first time that have birds.  The photo documentation does not lie. 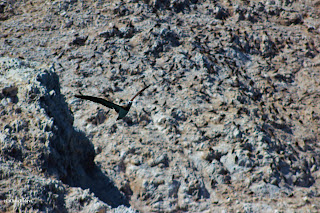 EBIRD asks..."Are you sure there were that many birds?"  Yes.  Because of Spanish, I'm able to speak with the locals and get the 411 on hotspots.  Some spots are common while others are known only by local people who don't want tourists in those areas. However, they are much friendlier to those who speak their language:)  I am always thankful for that ability.  And I hope to continue that tradition while abroad.   Bird Island in Mexico is really for people who are serious about birding.  The boat ride is not fun at all.  It's miles of rocky ocean waves and you need a strong stomach to find the boobies. Okay okay.....I know that sounds funny...but it's true.  Look at the very small part of this island on the pic above. Just how many birds ARE there?
And while thousands of Boobies fly around you, things like this Red Billed Tropicbird pass you by and you say to yourself, "HOLY $%#*!"  Did I just see that?!!!  And the camera reveals all.  A quick hand on the manual focus captured this shot....and yet....I didn't post it.  The lighting was my issue.  But for documentation, this was a very important find! 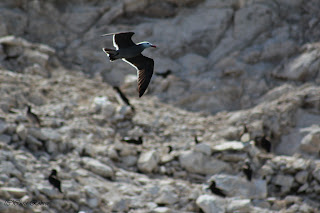 And I didn't include the gulls because they are not my favorite birds to observe.  I grew up with them in Wisconsin on Lake Michigan and I think they are dirty rats flying in the sky.  And yet, when it comes to a life list and documentation....every bird is important.  Sorry for those of you who love gulls.  They are just not my thing.  It's a cheesehead thing:) 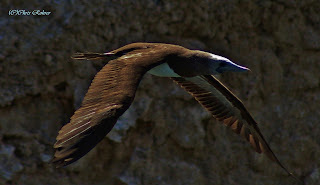 Booby or gull?  I'll take a Blue Footed Booby anyday!
That gull was scary!  One time I watched one take out a human's dinner near Pier 5 in San Francisco.  While I laughed, I was horrified when all tens of gulls descended from their hiding places.  Let's just say that people cleared the walkways quick!  Bye bye clam chowder.  The Alpha gull fought my Marine brother in-law and WON!

The Booby babies are much cuter, aren't they?  Love their nesting on the rocky shores of these human-less islands. 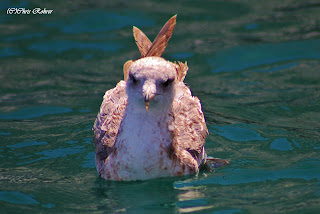 So I reluctantly searched through every gull pic and sat with my bird guide and ID'd. 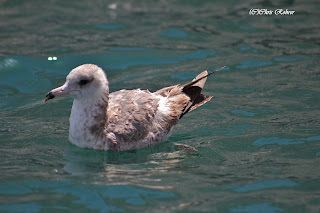 But when you have Cormorants, Tropicbirds, Boobies etc all around you, it's hard to focus. Blow that pic up and count the birds!!!  I dare you:)  And that's only a small part of that island. 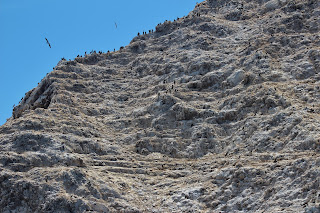 Seals are cool mammals but we had to watch out as they were coming close to our boat.  There was a family that was feeding them which included their little boy. Mom and Dad thought it would be a great idea to bring him along.  Instead all 3 of them were on the floor throwing up for most of the trip.  And then they threw their plastic vomit filled bags into the water where these seabirds could get snagged.  Mexico has a long way to go on conservation.  One of my challenges is to hold my tongue in countries like Mexico. My challenge is to find programs that are working in this country over the next several years and visit them.

But back to EBIRD.  While many of the shots didn't turn out, I could successfully ID birds that I knew I had seen in the wild. But the question remained....how do I count a sky blackened by birds in the thousands? This year it has been Sandhill Cranes, Yellow Headed Blackbirds and Boobies.
Ebird suggests breaking down a photo or a location into bubbles. In photography that is easy.  But without a camera, it can be challenging.  In the case of the Booby on the San Jorge islands, most of the island chain was covered with nesting birds.  I counted one bubble and multiplied it times the "bird clusters" in the photo.  It was conservative but by the end of my count from what I could only observe, I had counted nearly 4000 Blue Footed Boobies!!! 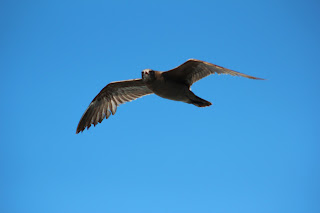 And that's a lot of Booby!  So it has been a fun journey through the photography.  I've nearly added 60 species to my lifelist....and I wasn't even birding at the time.  Just trying to get a pretty pic.  Which in hindsight aren't very pretty.  My eye in photography is getting sharper as are my skills in birding. And I'm finding so much more.  More tomorrow.... 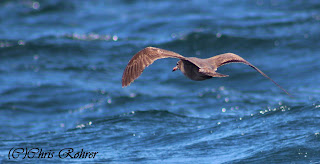