Today's post if full of wonderful awesomeness.  It's when you're walking and stuff happens right around you. If you don't act quick enough, you miss the shot like the photographer trying to get the Harris Hawk during this day.  I had a private smile but that smile turned upside down the next day when I missed out on the American Kestrel attacking the Harris Hawk.  You win some and you lose some:) 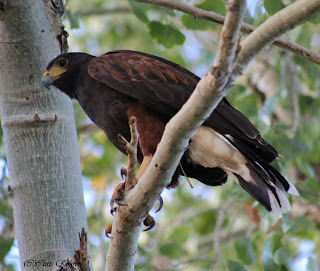 And my camera is always right next to me at every turn.  On my way to Sweetwater in my neighborhood, a Cooper's Hawk sat on our street light.  I parked the car, aimed the camera, and took pics.  An older lady came my way and began talking with me.  She was sweet and replied, "A Cooper's Hawk on a Sunday morning.  It doesn't get better than that.:)"  But it would get better....
And like the Cooper's Hawk, I flew off to Sweetwater. 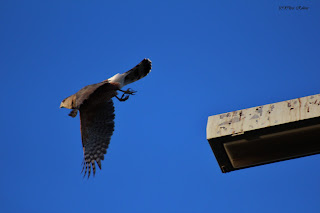 What an incredible day!!!!  It was super birdy and full of a billion bird species.  I began my count and within a short time, I had over 30 birds species!!!
Birds were either hanging out or flying by me at a rapid pace.
I knew a Buffelhead was in the area but I kept my eyes open for other surprises.
And I found everyone on my list that I was supposed to find!
And while some of the photos weren't super great, I did have photo documentation that they were there.
Some posts, like this one, take time to process as I need to confirm the birds spotted. 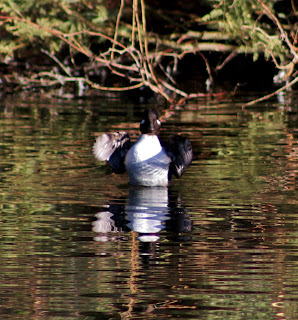 With the Buffelhead, it wasn't an issue. The markings were clear and easy to see:) 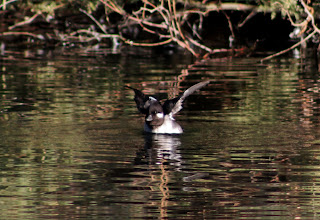 But for this new species of Warbler and Sparrow below, I had to investigate.
This Orange Crowned Warbler sat in front of me for a few brief moments and then like all warblers took off!!! 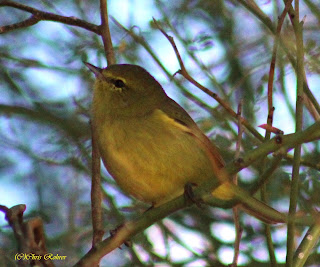 But what took me the longest to research was this sparrow below.  Before any of my posts go out, I have several eyes check and verify pics before labeling them because I want accuracy on my reports.  Sometimes I'll throw the wrong name out there just to hear people give their explanations. About 60 percent of the time, I've labeled the "confusing" birds correctly.  But not the one below:)
It took one week to get enough feedback on the ID to prep for today's report. So many sparrows will just pop out of nowhere and surprise you along the way.  With sparrows, it's just important to sit and wait for them.
Of course there are plenty others that are much easier to ID like the White Crowned Sparrow.  There have been so many of them lately around here and they have such cute faces.
And Sweetwater is also home to the rare Solitary Sandpiper that has decided to call our wetlands home every winter:) And that is another wonderful unexpected surprise.  Here he is calmly taking a stroll in the stream. 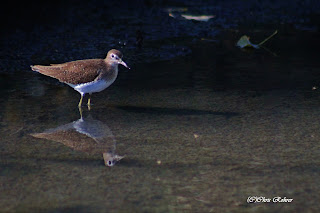