I wasn't necessarily looking for new birds on this day.  I just needed to see the awesome power of birds together.  And I had hoped that the cranes had come back as did many other birders.  I drove down the isolated highway and heard them.  I smiled a big smile and cried out, "YES!"  They're back! 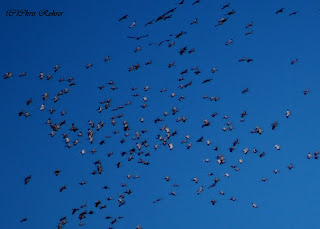 This is quite the drive from Tucson and the place is near Tombstone Arizona.  I had arrived to find thousands of them flying over the cornfields of several farmers.

They'll be with us for the next several months until it warms up again in the North.  I was surprised to find that the water wasn't as full as I had hoped, but the Usual Suspects were all there.  The Northern Harrier, Phoebes, Sparrows, etc. 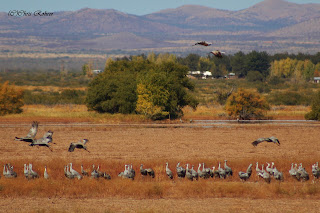 The cranes do have a routine they follow but some days it changes.  I arrived here around 1 PM and they were all beginning to land.  Most people(including non birders) just come to see the crazy number of Sandhill Cranes gather.  But I was on the lookout for as many species as I could find around the area. 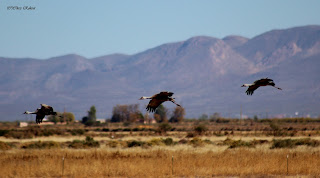 But I did dedicate some time to the cranes.  It is quite magical and won't disappoint.  Just the break I needed from work.

They are loud and can be heard in the skies above as well as around the Whitewater Draw. 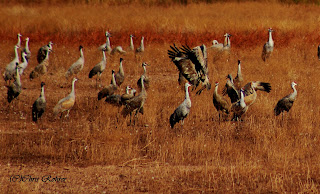 I was still shocked by the mosquitoes.  They were still bad here and I did get bit up.  The trip was worthwhile as I discovered a new a bird species to add to my lifelist.  I'll present them in the next day. 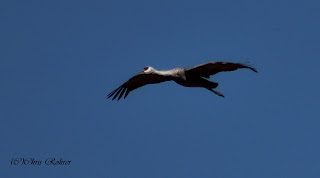 This post is dedicated to the art of the Sandhill Crane.  I'm glad they're back.

So if you live in Arizona or are thinking about visiting our state, check this place out.  You won't be disappointed.