Have you ever seen that movie with Chevy Chase where he takes the family to an amusement park during the holiday season?  I think it's National Lampoons but don't quote me on that:)  Well, the park they visit looks outdated and like something from the 50's.  Most of the things from the 50's are slowly disappearing as the times are changing.  So it was a curious mistake that we discovered one of these parks still existed.  I was so fascinated by the idea that I wanted to check this place out. Today we take a trip to the North Pole.....in Colorado Springs. 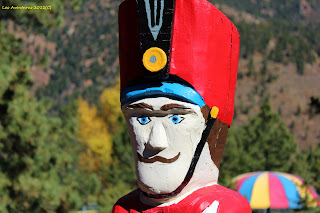 I couldn't stop laughing.  Really.  We happened to visit the weekend before Halloween and some of the Santa figures were quite frankly.....scary!!!  But don't listen to me.  I really had a great time with the family and we laughed a lot.  I forgot that it was 2011 and that I was actually at the North Pole.  It was COLD!!!  The best part was watching my nephew react to all the wonderful rides and shows. 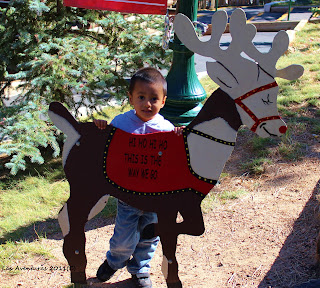 The North Pole has a post office where you can send letters on Christmas Eve.  I thought that was really cool and I know a lot of parents like doing this for their kids.  They have a lot of Christmas shops to buy ornaments, candy, figurines, nutcrackers, and pretty much anything Christmas-y you can think of....

Orion rode Rudolph among the million other rides there.  There weren't any lines and so we didn't have to wait to get onto the various rides. Of course, everywhere you went, they played Christmas music. 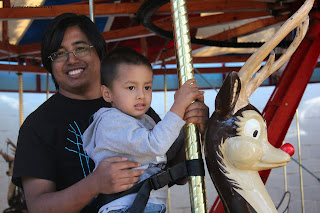 Be careful...everywhere you turn, there are elves watching you! 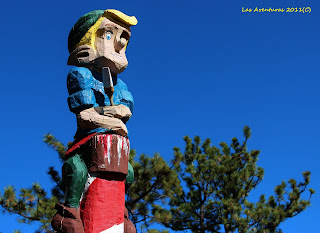 These totem poles are trippy!
The rides look like Christmas and sometimes feel like Christmas!  What if our Christmas trees really could do this???!!!!  One of my favorite holiday cartoons is the one where Mickey Mouse cuts down a Christmas tree and brings it into his house.  Chip and Dale are in the tree and while they are in the tree, comedy ensues between Pluto and the two mischievious chipmunks!  A true holiday classic.  But the one thing that's magical about this cartoon is how the tree plays like a Christmas village of magic and memories where ornaments and lights act as background landmarks.  What would it be like to get lost in a Christmas tree?  Of course, we'll never know.  But our cats sure do.  It never fails.  Every year they climb up into the tree and break ornaments! 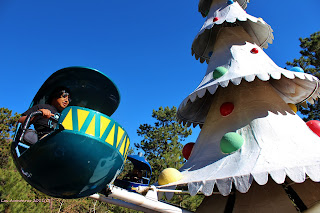 The Santa Slide!  It looked like fun but I was a little leary:) 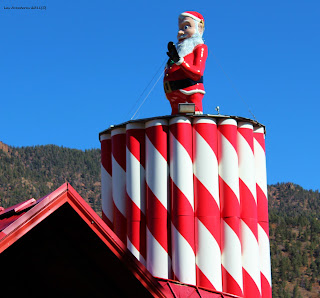 We went to a magic show by Balthazar, the Christmas Wizard.  I'll admit I was a bit tripped out by the trailer we entered, but forgot we were in the place once the show started.  The Christmas wizard sure knew how to get the kids to react and the adults had a good chuckle.  Honestly, I don't know how he popped out this big fat bunny.

But the bunny was a kid favorite:) 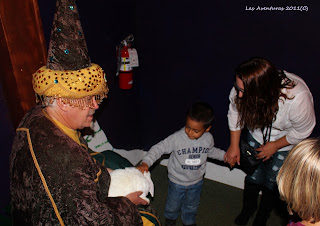 The rides and amusement park are situated among the gorgeous mountain views of Colorado Springs.  I don't think I saw an ugly part once while we were visiting. 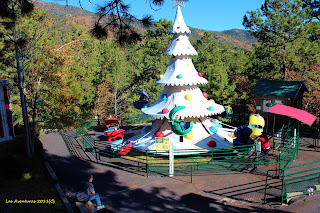 Orion helped Santa out by getting into Santa's very own bomber.  Interesting ride.  Who knew Santa fought against evil in this world? 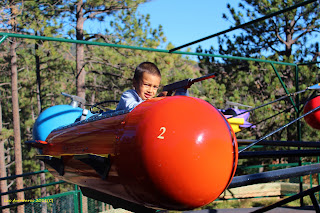 Okay, this pic below is my personal favorite.  The fall colors were incredible and this carousel made the perfect backdrop! 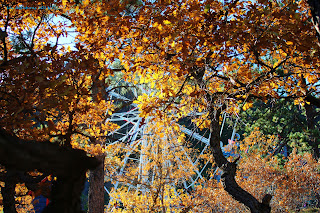 The pic below is bizarre.  It's a terrible shot of me, but I don't care.  I hate roller coasters but did what the cool uncles do.....ride with the family. 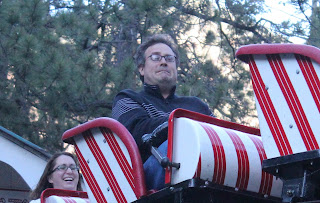 A perfect kid moment.  Orion playing around by the magic mirrors.  I laughed so much watching him have fun with those silly things. 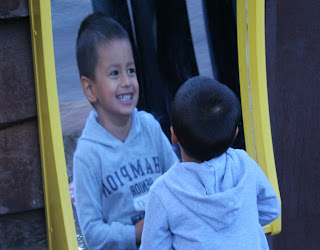 The North Pole is open until the 24th.  Santa has a lot of reindeer in the park....some you can feed! 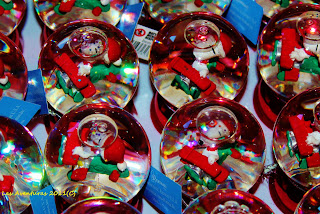 It was a bit pricey to enter at about 20 bucks a person and then you are cleverly given a card to punch out at the end of the day for all your purchases within the park:)  I really loved the train ride because it took you around the beautiful forested park. 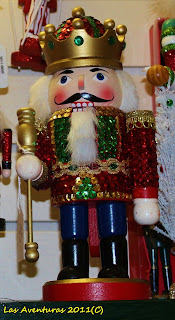 And of course, there was someone waiting for us as we approached his workshop.....Santa!  I shouldn't have been excited....but I was:) 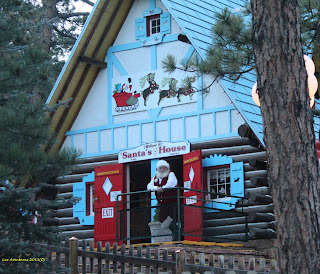 Orion ran to Santa and I had goosebumps....because it was cold:)  Santa was a funny man and he had some really beautiful things to say.  One was....."Uncles are like young Grandpas" and I smiled.  I don't think we'll ever have kids as I'm getting too old for them. Raising a little kid at 40 isn't my idea of fun, but I know I'd make a good father. We both have so many nephews and nieces that we are constantly bombarded with little kids running around us.  The best part is that we get to go to a quiet home afterwards.  It isn't a requirement to have children and not all people should have them, but they are fun to have around:)  Watching Orion react to Santa's kind words made me feel.....just for a moment.....that I could be a father.  And then the moment passed! 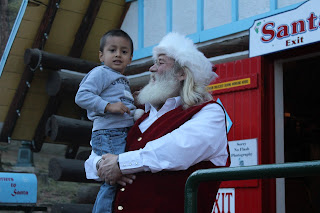 We had a great time up in the North Pole and it was even better having the kids around.  If you have grandkids, nephews or nieces, your own kids....or just kids, you'll have fun here.  Bring some money with you.....especially if you are one of those people who like Christmas things.  There were a lot of beautiful and expensive items inside the stores.  Hope you're having a wonderful holiday season so far...
Posted by Rohrerbot at 12:38 AM