The White Elephant in the Room

During one of those crazy holiday parties this past month, there was a gift exchange known as the "White Elephant".  I had heard of it before but had never seen it put to the test.  We went to Pat's medical holiday party and exchanged gifts.  The rule is that you place a present on the table with the others.  Everyone picks a number and are called up to the gift table to pic out any one of the gifts.  They open the gift and present what it is to everyone in the crowd (because it could be stolen from someone else later on.) 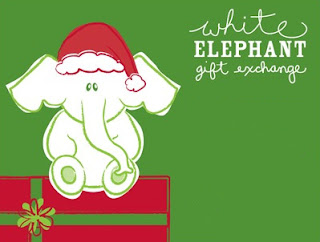 Many of the gifts were ridiculously funny while others carried the sacred name of Starbucks.  There were also the coveted gifts of alcohol like fine wines or vodkas, and gift cards to some wonderful places here in Tucson.  These gift items, of course, were highly revered by the medical staff!  Doesn't alcohol have healing properties? Or is it just used to sterilize wounds?  I forget. Someone can make a swap(at the table only) when they open their gift.  If they don't like it, they can swap it with a previously opened item forcing the person who already opened a gift to return back to the table and pick another present which could be swapped by yet another person. 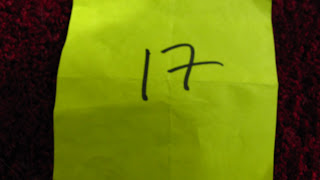 Each gift can only be swapped twice and then it's safe from being "swapped" or as some people put it..."stolen".  People with the great gifts hide in the back hoping that others will have forgotten the items, but with this sharp crowd, not a single one would:)   Several were puzzled by their mysterious items that didn't come with instructions.  One young lady tried to "sell" her gift to the crowd by modeling with the items, but unfortuneatly she was not successful.  We were all trying to figure out what the plastic containers were used for, but alas no one knew:(  The rumor was that they were for cream and sugar?  Well the number 17 was called and Pat went to the table and picked the gift.  I don't know if Mother Nature was watching over us, but when Pat opened it up, a very Las Aventuras item was revealed and I got excited.  Thankfully no one wanted it, but I sure did. Take a look at the pic below and you'll discover the reason:) 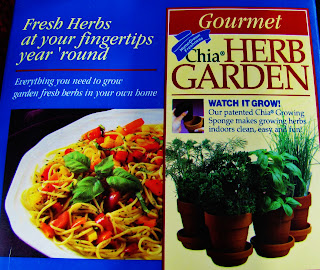 A special "Thank You" to the doctors, nurses, and staff of Northwest Hospitals for putting on a really nice party at Flemings.  It's nice to put a face and a human side to the people who work in the medical field and make a difference in our everyday lives. Happy Holidays to all!
For more on the info on this idea, click on White Elephant Gift Exchange.
Posted by Rohrerbot at 2:00 AM