A Pool No More 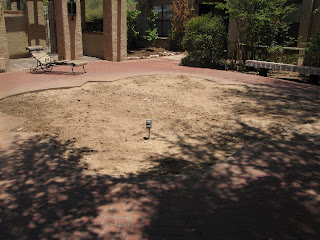 Spring projects can flow into summer projects.  Here is an update on our "pool".  We are now at Phase 2 of the plan.  The pool was filled in with concrete and dirt.  An electrical line was put in for future use with a large fountain or gazebo area. It seems that a gazebo is in order with a fountain away from the oak trees.  A fountain in the center of the courtyard would be quite messy during the months of November thru April when the oak trees are losing acorns, leaves, branches, and pollen drop. During a board discussion, it was addressed that the large fountain would have to be shut down between the months of November and April.  Homeowners appeared to rethink the fountain idea and be in favor of the gazebo.  This next stage will be discussed by homeowners at the next meeting in August. 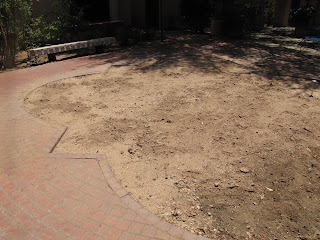 I also ask homeowners to please be patient with the planters along the 922 building.  Our landscaping money has been used to pay off the first quarter of this years plan to remove plants in the planters along the 922 building.  The cost was a total of 1,500 dollars(which included the whiskey barrels purchase). Landscaping money is three hundred dollars a month and payments began in February thru the month of June.  During the month of July, once I arrive back into the States, I'll begin the next phase of the planters and side projects.  Please be patient as the HOA and landscaping have tackled several very large tasks all at once.  It will all come together. I look forward to the transformation that will take place. 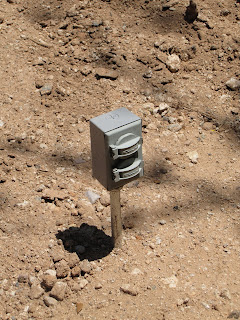