Pull me in deeper.  Deeper still into this world of birds.  I CAN'T shut it OFF!  The life birds are harder to find and I realize I can't do this alone. An opportunity presented itself for both researcher and birder alike. This past weekend I made a 4 day sweep around Southern Arizona. This would be the first day of that event.  Without my birder allies, I would have never been so fortunate for the up close views on some of these very special birds.  My BIGGER JANUARY report continues!

Standing at the birder crossroads, I took a major step forward in my own research on the elusive birds of Arizona. A month ago, Dr. Janet Ruth sent out an email out seeking volunteers to flush sparrows for her banding research project.  We set up nets in three different locations, created semi circles and swept the grasses together flushing up sparrows into the nets as we crossed the golden grasslands.

Janet was studying Grasshopper and Baird's Sparrows.....both sparrows I needed desperately to understand.  I had seen one Baird's the weekend previous but did not have great views.  These sparrows run in the grasses and are difficult to find.  Together the 15 volunteers joined forces with Dr. Ruth and her assistant Jason to find these sparrows.

We flushed Grasshopper, Baird's and Savannah Sparrows by clapping hands and moving forward.  It reminded me of my travels and flamenco dancing in Spain years ago. There wasn't any singing allowed, but I could have sworn that several people were gypsies:)  Before the birds were banded, Janet would go over the important details for each of the species found.  For me, it's not about just "seeing" the bird.  I have to know....I mean really really know what to look for....what to listen for......etc.

As we walked the fields of gold, I felt free.  I held the poles that would set the nets....and it felt right. When people talk about those moments in life that change a person's life, it was there at that point with these amazing people that I began to think....."I could do this."  I didn't know a single volunteer in that group but we were all a part of something greater. Something good.

As we studied the top of a Baird's Sparrows head, we could see all the incredible detail up close.

They set up their table and banded.....

.....and I recorded.  At this point in my life, I am comfortable saying that I am an observer of all things. Perhaps that's why I love photography and travel so much.  These people carefully banded, weighed, and measured each sparrow.

They were then released back around Davis Pasture in Sonoita where they were found. 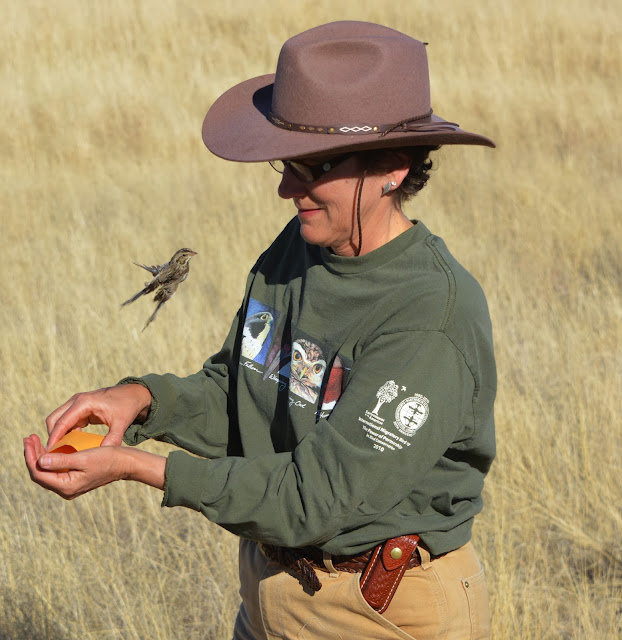 Each volunteer had a chance to release a sparrow(s).  Adults don't smile much.  There's really not much to smile about some days.  But I watched as each adult released a sparrow back into the grasses and there was this wonderful smile that developed on their faces.  Observing these moments with the group made me realize just how powerful an experience this can be for many people.  They don't even realize sometimes that they let their guard down for just one moment as that childlike wonderment sneaks out. 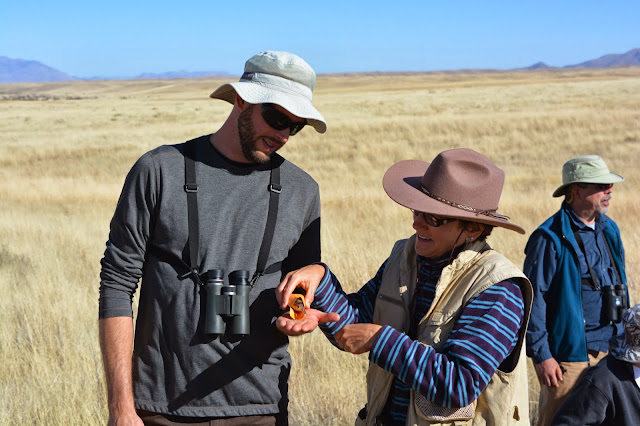 There is something very powerful about participating in the natural world around us.  Most of us who read blogs, etc understand this very special bond. 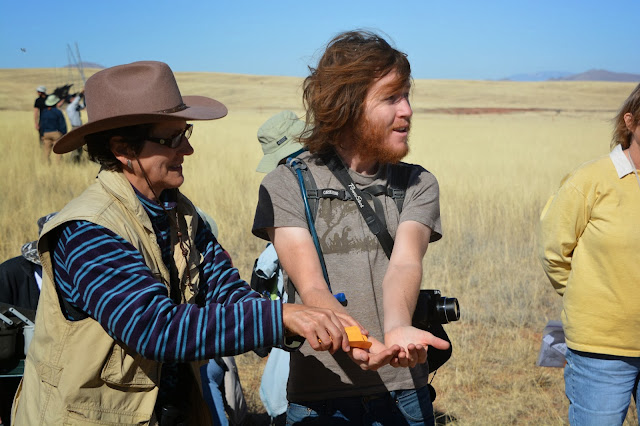 But we understand that there is also a lot of work and preparation that goes into these projects.  Early mornings, sun burn, itchy hikes full of nasty burrs......

.......and yet somehow none of that matters.  Because at the end of the day, it all was worth it.  These days my life flies by much too quickly.  The only way I can stop time is by taking pictures of the moments......guarding them inside my mind forever.

They completed their studies near Sonoita, Arizona over a 4 day period with great success thanks to the help of many dedicated volunteers.  The success of banding sparrows requires many more people when compared to the banding of an owl or hummingbird. 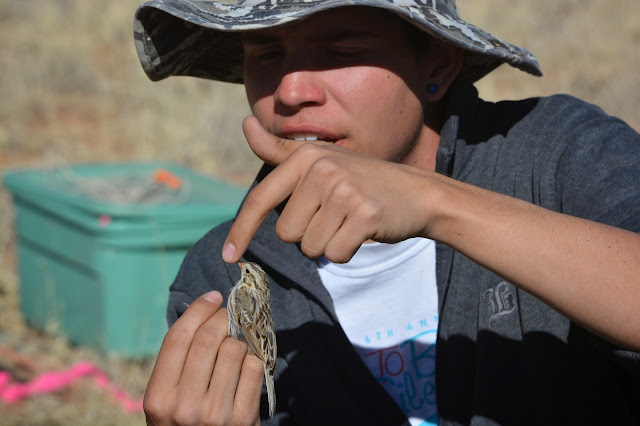 The afternoon came to a close and the volunteers exited the grasslands of Southern Arizona. We found our Baird's Sparrow, but we also discovered so much more. 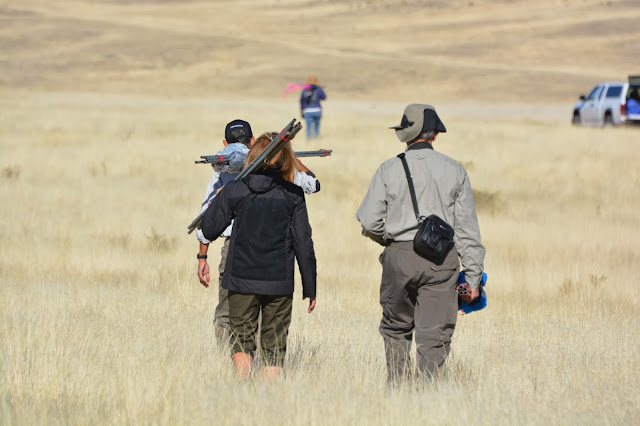 A special thank you to Dr. Janet Ruth and Jason for giving us the opportunity to get close to the birds we love so much.  Check out more birds from around the world on Wild Bird Wednesday!