Do you like mysteries?  I certainly do.  It's been awhile since I've written one of these posts, but you have to ask yourself, "Why would someone do this?" or "How did this happen?"  A penal colony was placed on an island in a tropical virgen forest! Today, during my research into the beautiful country of Panama, we stumbled on some information that grabbed our attention. And I want to know more!  The pics and info below are not my own, but we are investigating some great places to visit over the summer and this one has our team's interest.  It also seems a cancer fighting compound was found on Coiba from a plant indigenous and found only on this island.  The report was made public last month that a "Blue-green algae, or cyanobacteria, has yielded Coibamide A, which is extremely active against cancer cells; Veraguamide A, an anti-cancer compound named after Panama’s Veraguas Province." 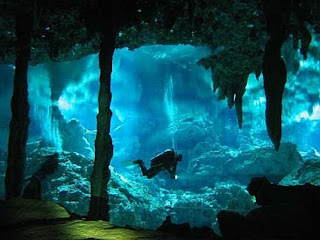 Some of you may or may not know this, but we are going to be traveling to Panama this summer and during our investigations we've set up several awesome mini-trips within the big trip.  Don't worry as I'll be recording everything.  We have scored a week with the turtle conservation program in Bocas and will be in Gamboas on Pipeline road for some amazing bird and plant finds.  We'll be taking an amazing train ride to Colon and flying to the tropical islands around the Bocas area!

Unfortuneatly, the Darien Gap will not happen due to extremely rainy weather which put an end to the speculation of whether or not we'd do it.  During the month of June, when we'll be there, it rains constantly and the paths are not accessible.   Our trip begins June and will end the first week of July.  I have my writing all scheduled until August and then some:)  There's a lot to report.  I opened a world of endless possibilities by starting this blog.  Two major things that have my attention right now is our work with the turtle conservation program in Bocas and this fascinating island off the Panama Coast.  It's called....La Isla Coiba. 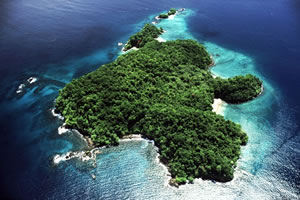 "The Coiba National Park (CNP), located in the Southeastern part of the Republic of Panama, encompasses over 2,700 square kilometers of islands, forests, beaches, mangroves and coral reefs. Among the spectacular marine and terrestrial environments of the CNP is Coiba Island, the largest uninhabited tropical forested island in the Americas. Eighty-five percent of the forests of Coiba Island are primary and almost untouched, serving as a haven for birds and mammals found nowhere else on Earth, as well as for species that have largely disappeared from the mainland. The CNP is one of the greatest remaining natural treasures in Panama. The remarkable preservation of Coiba Island is largely due to its use as a penal colony since 1920 - the prisoners have served as a strong deterrent to colonization by peasants and to the extraction of the island's abundant resources.
Due to the pristine nature of the island and its surrounding oceans, it was declared a National Park by the Panamanian government in 1992. But the situation in Coiba is changing radically as the government begins to close the island's penal colony. From a high of three thousand prisoners, there are now fewer than 100. Panama's National Authority of the Environment (known as ANAM) does not have the resources to protect a park of this size, particularly one that is 26 kilometers from one of Panama's most impoverished provinces. It is crucial that institutions and individuals coordinate with ANAM as well as local communities to design and implement strategies that will lead to the protection of this remarkable natural heritage.

Archaeological findings on various parts of Coiba Island indicate that the island was the site of Precolombian settlements whose populations are assumed to have disappeared shortly after the arrival of the Spanish in the 15th century (Quirós 1971). Coiba Island was designated as a penal colony in 1919 and from that point up to the present, the island has remained largely uninhabited except for an inmate population that has ranged from 100-1000 prisoners and the police force assigned to guard them. Aside from a stretch of land that has been designated for agricultural use to supply food for the inmates, the impact of the penal colony on the rest of the island has been insignificant (Ibáñez 2001). 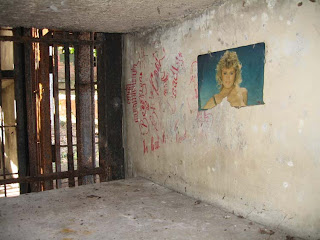 Coiba Island and the surrounding waters are an extraordinary repository of biological wealth. Coiba Island is a refuge for 147 bird species, including twenty-one endemic species and subspecies. Equally important is the island's role as a refuge for species that have largely disappeared from the rest of Panama, such as the Crested Eagle (Morphnus guianensis) and the Scarlet Macaw (Ara macao). Scientists have registered a total of 36 species of mammals, a number of which are found nowhere else, such as the Coiba Island Agouti (Dasyproctae coibae) and the Mantled Howler Monkey (Alouatta palliata coibensis); the latter is considered to be at high risk of extinction. The main forest types on Coiba Island are tropical moist forest, very moist premontane forests, and stands of mangroves. Remarkably, most of the interior of Coiba Island is still unexplored botanically.

Preliminary botanical surveys of Coiba Island suggest that there are around 1,450 species of vascular plants, only half of which have been identified. These studies have already resulted in the discovery of an entirely new genus, endemic to Coiba Island, Desmotes (family: Rutaceae). The authors of the most recent study reported, "We do not doubt that a more detailed study will yield many more endemic species." Nowhere is the richness of the Coiba National Park more splendid than in its marine environment of 2,165 square kilometers, much of which is unexplored. The CNP includes the reef of Bahia Damas, the second largest reef in the eastern Pacific covering an expanse of 160 hectares. Reefs such as Bahia Damas have evolved under harsh and unusual circumstances, and studies of their adaptation to assaults such as EI Niño events will be of great value. 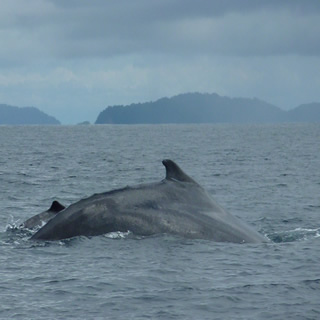 There are four whale and dolphin species that frequent the CNP, including the Killer Whale, the Humpback Whale, the Pantropical Spotted Dolphin, and the Bottlenose Dolphin, while another nineteen cetaceans visit the CNP occasionally. It is a common practice throughout Panama for peasants to invade unoccupied lands, which are then cleared for housing and subsistence activities. The Coiba National Park is part of the province of Veraguas, the most impoverished of Panama’s interior provinces. While the presence of ANAM park guards will clearly provide an impediment to colonization by rural peasants, upon removal of the penal colony, the risk of invasions by peasants will be enhanced. 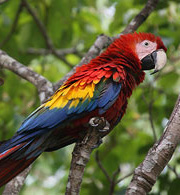 Commercial logging also poses a threat since Coiba Island has valuable hardwoods such as Anacardium excelsum, Calophyllum longifolium and Manilkara sp. which have long since disappeared from the Pacific slopes of the nearby provinces of Veraguas and Los Santos. The capture of Scarlet Macaws ( Ara macao ) for commercial sale is also a potential threat. 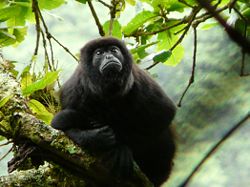 There are currently on Coiba Island approximately 2,029 head of cattle, 70 horses, 18 pigs, 200 dogs and 15 buffalos which belonged to the inmates associated with the penal colony. Due to the danger they pose to the island’s native flora and fauna, ANAM is currently considering options for their removal. 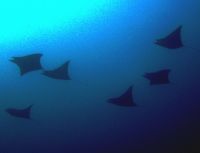 A study was undertaken in 2001 by participants from STRI and Duke University’s Nicholas School of the Environment in order to; (i), assess the impact and nature of illegal fishing activities in the park, (ii), to assess the fishermen’s knowledge and attitudes towards the Coiba National Park; and (iii), to develop strategies for incorporating local communities into the design, implementation and management of marine resources. The survey was carried out in fourteen fishing communities in the Gulf of Chiriquí and two commercial ports with shrimp fishing fleets. The study revealed which communities fish most frequently in the park, the fishing methods employed, the species caught (including unintended bycatch), attitudes towards the conservation of the Coiba National Park, and other issues (Moretti 2002). Six communities and ports were identified as having a significant impact on the park’s resources. Working in collaboration with Panamanian NGOs, community outreach efforts and environmental education programs are currently underway in those communities. 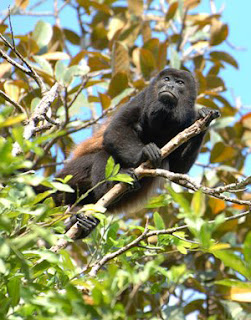 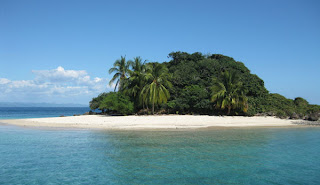 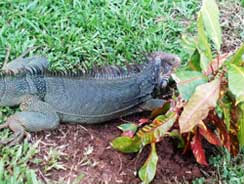 (Isla Coiba) and the waters surrounding them and covers 430,825 acres.
Identified by UNESCO as a World Heritage Site in 2005, Coiba National Park offers rich and well preserved natural resources.

Because Isla Coiba served Panama as a penal colony, access to the island was very restricted. Almost by accident, 80% of the islands natural resources have survived untouched and flourished through limited human contact." End of article.
Source:  http://www.coibanationalpark.com/

Sounds like a place to explore and learn more about. This will be the first official trip to be recorded with the blog in mind.  Until tomorrow with more back to reality stories:)

Posted by Rohrerbot at 8:01 PM