One of the things I struggle with like any birder, I suppose, is getting better shots of birds.  If I see a lifebird, but don't have great photo documentation, I get a little irritated.  The little ones are the trickiest! All of the birds featured on today's post were birds I had seen first but didn't get great shots of at the time. Take for example the Canyon Wren.  I saw the bird.  Tried to get a pic.  Ended up getting the rear end and it was gone.  Then I hear the descending call and it seals the deal.  I have to count the bird but without a decent shot. 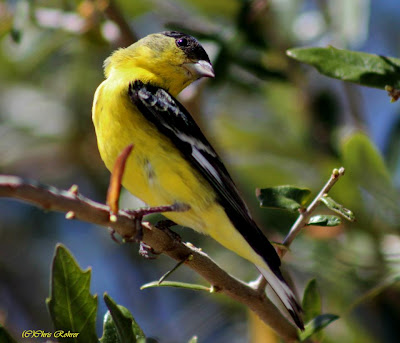 LBJ(Little Brown Jobs) or LGJ(Little Gray Jobs) can blend in perfectly with their surroundings.  They move quick and it's important to note the field marks.  My ears are faster at "spotting" than my eyes.  The Bell's Vireo caused me a bit of confusion because it is a relatively new bird for me.  I had only seen it twice and with another birder who knew the bird.  Apparently there are 4 subspecies.  Plus Gray Flycatchers, Bushtits, Gnatcatchers, etc etc. If you don't get great observation time, these little birds become impossible to ID. So it's all about the observations!
One of the thrills about birding is that I can't always predict who will make nice showings for the day.  I may have seen the species 100 times.  But on the 101th view, the bird might be doing something spectacular. The Lesser Yellowlegs held myself and another photographer captive for 20 minutes as it ran around with its buddy chattering away.  It made for some great laughs during their chases.
Shorebirds can either be too far out, hidden behind reeds or against the sun.  When these Greater Yellowlegs made for a great show, I took the opportunity to snap off the shots.  Before this day, these birds were always out of photo reach or on the wrong side of the sun. 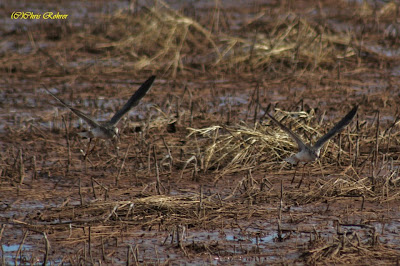 A Wilson's Snipe happened to also make an appearance for me out in the open.  But the sun was setting and it made for tricky photography.  I had seen this bird last year but had poor photos to go with the sighting.  Now I am more comfortable with the shot below.
If I see a lifebird, I mark it down but make a mental note that I need a better shot.  A lot of energy goes into those first shots.  I would like to put a book together in several years of all the birds seen around Arizona. 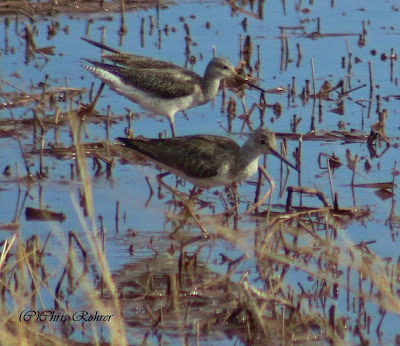 Several of the birds on my list today that I don't have great shots of include the Canyon Wren, Red Crossbills(high up for the camera), Pinyon Jays(seen while on a slow moving bus loaded with wall to wall tourists at the Grand Canyon), Rough-Legged Hawks(seen while driving with 3 cars riding my tail), White-throated Swifts(oh so high!), and many of the Swallows(oh so quick!). A couple of the nocturnal birds(too dark) and of course the little birds(very spastic)...... 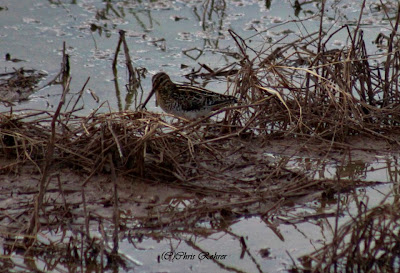 Take for example the shot of the Warbling Vireo below.  It was too far to get a nice close up yet I was still able to get a shot of the bird.  The same goes for the Williamson's and the Yellow-Bellied Sapsuckers! 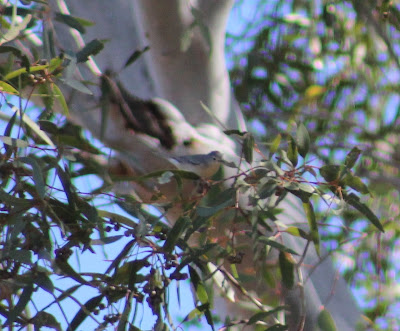 Elf Owls are small.  You all know how I love owls.  Well I stayed one night alone in a canyon in total silence.  My eyes were adjusting to the encroaching darkness.  And then I hear the call!  With my ears, I followed the faint yet continuous call.  Two other birders were in the area and had been friendly with me earlier so I led them to the sound because my eyes are terrible at night.  Having two other people look for this tiny bird would be very helpful.  It paid off.   We spotted the little tiny owl that looked like a knot in a Sycamore tree.  He was so cute.  I have a policy about filming nocturnal creatures.  No pics with flash.  And therefore, I do not have photo documentation.  I'm hoping to get shots of this bird one day.
I also do counts at my school.  As of today, I was standing at my friend's classroom window when a Dusky Flycatcher flies right in front of me!!!  No camera.  At work.  Frustrating.  I am parallized as I am forced to watch the bird without a camera.  Inside I fight the frustration as I observe the bird alone.  No one realizes how exciting it is to see this bird.  Students snickering as I scream, "NOOOOOO!!!" as the bird flies away.  The "old man" who should have died at the age of 30 clearly had lost his mind. Oh teenagers. And yet I just saw the Dusky Flycatcher!  I just have to believe that I will eventually be in the right place at the right time with my camera to capture these birds.  The same thing happened with the Burrowing owls...and then on one perfect day, an owl sat perfectly in front of me. 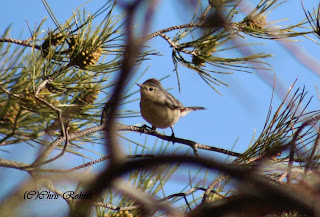 Why is it important to get those shots?  My eyesight isn't great and constantly challenges me.  I need the pics to study at home.  I also heavily rely on my ears to help locate birds.  Once I have the photos, I can relax and bird.  That's why I enjoy birding at Sweetwater so much in Tucson.  I know all the birds well enough to practice my listening skills and develop my bird calls.  In a sense it's my training ground that always seems to have one or two new finds each time I visit:) 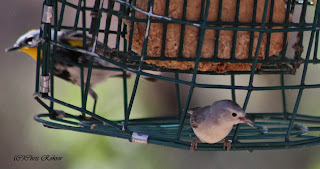