As the list narrows, the searches become more difficult.  As a birder, I find warblers most frustrating.  They are a gift to me once spotted.  Some are easily found while others move around too much in the canopy of the trees.  But one bird still eludes me....the Elegant Trogon.  However, this time it's different.

On a hike into Madera Canyon, I located several nesting areas for the first time.  It was a lot of fun.  There were other birders on the trails.  One man sat devastated on a rock.  I asked him what was wrong.  He replied, "I cannot locate the Yellow-Eyed Junco!"  He was from the south and had never seen one before, but I smiled and pointed to the bush where one was hiding.  "You mean that one over there?"  His eyes flashed that excitement that birders get when finding a lifebird for the first time. I was super thrilled for him.  I called the bird out and he was able to get wonderful shots.  Some say that this bird is a "Junk bird".  I don't like that term because it sounds like it's no big thing.  The simple truth is that we can't take any one species for granted. 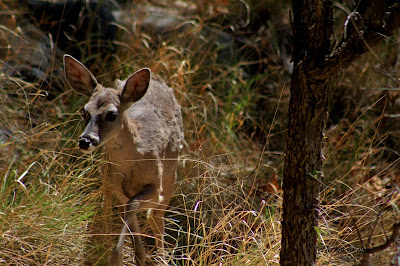 I walked the trails more....finding flycatchers, mammals, bugs and more.  And I came upon another group who had thought they heard the Spotted Towhee.  I had seen it on the way up.  The bird's call is unmistakable, but it also is a master of cloak and disquise.  It will disappear quickly.  However, it wasn't quick enough to hide from us this time.  The group was able to find their Towhee.  A lifebird for most of them.  I continued on my trek up the mountain trail. 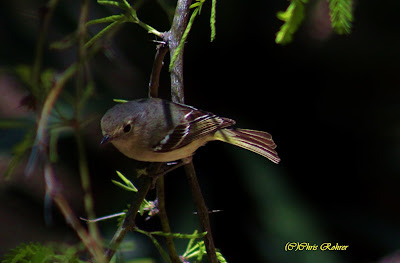 Along the way, I found a Hutton's Vireo above and the House Wren below.  The bird above was confusing to me.  It acted like a Dusky.  My gut said Hutton's but I needed ID help.  Most agree it was a Hutton's and yet.....  Since the time of this shoot, I have found the Dusky several times and have been able to get nice clear shots of the bird.  It will be featured in a post coming up next week. I'd just like to thank everyone for their input when I need that extra help.
There is a lot of sexy time going on between the birds.  I walked upon two Arizona Woodpeckers having a moment.  Luckily these were birds and not my parents.
Hummingbirds.  Who doesn't love them?  The Broad-tail below made me smile.  It's bell-like rattle swung around feeders noisily as he fed.
I wandered.....and wandered taking it all in carefully.  Truth be told, I was hoping for Flycatchers. And found them I did! 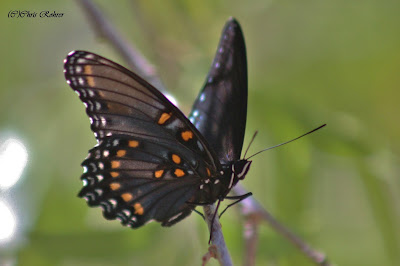 And I picked myself up the Dusky-capped Flycatcher.    Smallest of the three similiar flycatcher species, it prefers to be near running water(check) in oak scrub(check) and near the ground to middle branches of the tree(check). But the easiest way to ID this bird??  The call.  I heard the sad "pee-ur" sound associated with the bird. The bird also lacks the distinct rufous edging on the sides of the wings(like the Ash-throated).  It's probably one of the most difficult birds to ID.  I have several shots to compare this bird with the others I've seen out in the field. 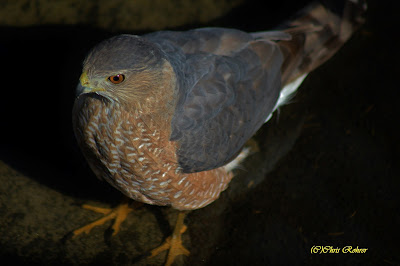 And so when I see the Elegant Trogon, there won't be any doubt in my mind what the bird looks like:)  I have the image burned into my memory.  Perhaps someone will help me find my new nemesis bird one of these days?  Or maybe the bird will just appear quietly as it always does while I'm alone on the trails.
Hooo knows?:)
Linking up with Stewart M for Wild Bird Wednesday
Posted by Rohrerbot at 11:28 AM