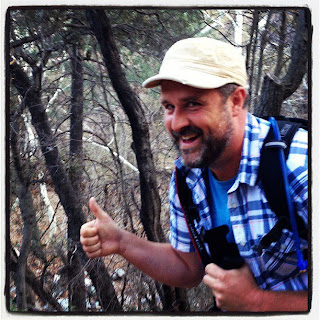 I almost hate to admit it, but I'm going to make this confession today.  I love the competition that comes with birding.  Now granted, I don't really like playing board games or any of that stuff, but I do enjoy a nice game of cat and mouse.  Or playing detective.
I wish I could dedicate my full attention to the birding world, but I simply can't.  Nor can several other birders I highly respect via the internet.  So we have to plan with the time we are given. On this day, I introduced Kathie to the Huachuca mountains.  These are the mountains I know best because of my constant study of hummingbirds last summer. I know where the birds are and I know the people involved around the various canyons. Here's where the fun game begins.  A fellow blogger, by the name of Mr. Butler, and another birder with a DJ name, had gone out and snagged the Elegant Trogon.  I dipped so badly on this bird that it hurt.  Of course, they dipped on the Mexican Spotted Owl. Their links are below.  These are specialty birds that are difficult to find.   To stay within the top 10 birders of Arizona, I had to find these birds!  I had gone to Patagonia to find the Elegant Trogon but missed the bird due to several tourists clinging onto my every move. It's tourist season here.  Note to self. Never answer that question, "What's that little red bird over there?"  Answer.  Vermilion Flycatcher.
Bad bad move on my part.  Everyone LOVES this bird. Now Kathie would tell me that I did the right thing and that I was very helpful, but this is a game! But my Wisconsin half(the good side, always takes over:) It was difficult as I had to make choices.  Instead of directly heading to Patagonia State Park before the tourists got there, I went to Paton's House.  It wasn't bad at all because I found 4 new birds for the year!  But the Elegant Trogon is different.  It's something special and I REALLY wanted to see it.  Mr. Butler and Tommy D found their Trogon and did a happy dance.  And it  frustrated me to miss a bird spotted by hordes of noisy people beforehand....all because of a choice.  It's true what they say about paths:)
The drive is so strong that it overrides logic.  Kathie loves to bird in a calm fashion.  We're good for each other as she teaches me to relax and just enjoy it all.  Take it all in.  I do, but I can be impulsive until I find that new bird. She reminds me to just ......enjoy. That's the chaser in me.  I've had that in my blood since I was a kid. Several weeks ago, I burned myself out.  And I suspect the same happened with Kathie as well:)  I had Spring Break and that means power birding happened everyday.  Well almost everyday.  I did shutdown one day and sleep.  But most of it was spent on the trails tracking down birds!  On this day, my friend would pick up two lifebirds......the Lucifer Hummingbird and the Mexican Spotted Owl.  She would also be able to add Bushtits to her Arizona list.  It was a lot of fun watching her get excited.  Usually it's me finding the lifebirds:) 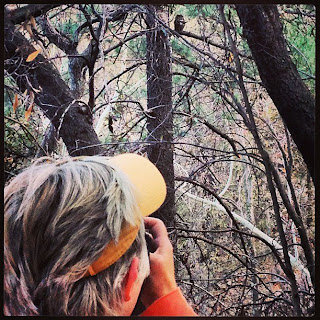 I had filmed these birds before but I was super happy watching Kathie get excited over these birds.  And that's how I feel about my friendly rivals out in the field.  I really enjoy their work and discoveries. For me, it's about becoming a better and stronger birder. We learn a lot from each other.  My frustrations come from not doing my best work out in the field because I'm tired from overdoing it all.  I have done a lot of research on each of the birds I go find.   Sometimes, I scratch my head.   But when birding in a new exotic location, I'm like a kid in the candy store.  Too many new bird calls.  Too many birds I don't recognize!  But thankfully in Arizona, I've got most of the 300+ birds down now.  Gulls, sandpipers, empids, empaths, and some sparrows are excluded as of this write:)  Whenever a birder asks, "What's that?"  I usually respond, "It's a Harpy Eagle."  And if we're looking at the thrashers, I usually say, "It's a Crissal.":) 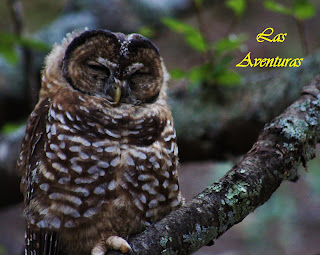 Here are the blogs from the people mentioned in this post today.
Butler's Birds-Birds around the Phoenix area, state of Arizona, and a beyond!
Tommy D's Birding Expeditions-Birds around Maricopa and beyond.
Kathie's Birds-Birds and reflections from around Tucson, the US, and state of Arizona
Their work is an inspiration.  If I'm feeling "out of it", all I have to do is read their adventures to get me back in the game. There are several other birders in this state that have blogs as well....so thank you! You all motivate me to get off my lazy butt. I limited my birding to a couple days during the week, a full day on Saturday, and if I get my chores done.....today.......which means getting the yard cleaned up, plants watered, and laundry finished, I can play.
I have a lot more work coming up for everyone.  It's getting warm outside.  Kathie is writing poetry.  School is coming to an end for this year.  I'm preparing for an epic trek back to Guatemala after a 7 years absence.  My study and focus again will be on the hummingbirds and photography (along with some spectacular visits to Tikal National Park, etc.)  So I have to begin my research for the trip.   As I step outside of the human world more, I am finding some interesting truths about life. Warning: Deep thoughts are coming......
But I believe in a world of cage-less birds......and so whenever possible, our parrots were left to fly around the house when everyone was gone. I know I know....the poo.  It was and still is my Dad's biggest complaint back home:)  And check out my nifty night glasses from the late 80's! PS. This lovebird is still alive!!!! 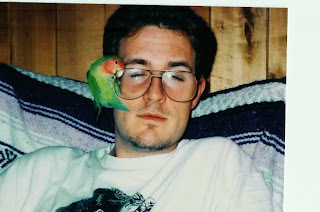 This lovebird(Quetzali) and her kind became invasive in the Phoenix area.  I raised this one from a little egg. She escaped once in Tucson and I was worried she'd die.  Not a chance.  She came back to me again to undo the screws on my old glasses.
Monk Parrots(aka Quakers) have invaded Casa Grande and the US! California Border Patrol now searches for illegal immigrants and illegal Monk Parrots.  It's no joke! But it sure sounds like one.  Enough that my Dad laughed out loud.  The agent did not.   My lovebird was questioned during my move to the Bay Area. So I had to translate "bird" and we were allowed to pass.  Clearly Quetzali was NOT a Monk!
But back to deep thoughts. Each day we develop a routine like the critters around us.  Many raise children, go to work, pay the bills, require money to survive, stress over jobs and the little things. And for many, it is not so little. Perhaps I've been around the retired crowd too long this winter, but they all say the same thing........"Does any of it really matter?  We've done our time in society and now it's ours to live."  They step out of our daily routines and explore the world realizing time is limited.  Yesterday during a bird observation, I listened to a man from Canada who had seen so many wonderful things in his lifetime, but health-wise things were shutting down.  He was going blind.  He couldn't keep up with his wife anymore.  And he suspected it would be his last year.  And yet the thrill of the Lazuli Bunting made both of them excited as if they were children again. 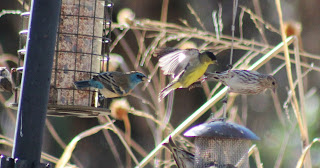 I'll be blue for you. 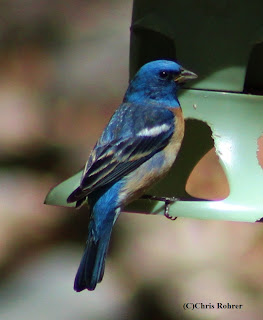 We bird not only because they are cool creatures.  We bird for the game, for the thrill of finding something new and unexpected, for the competition, for the strange places we get to visit (because of the birds), for the people we meet.........and for me?  It's rediscovering that lost child inside.  This "game" for me is about finding as many of the 10,000 birds as I can before my time is up. The prospect is thrilling.  I cannot wait to take Pat on those journeys. As I finish up many of my Arizona birds, I will begin to visit other states and countries.  The Elegant Trogon can wait....for now.  Watching my bird buddy thrilled over lifebirds she had never expected to see in her lifetime was.....thrilling.  In a few days, we'll be visiting the Petrified National Forest, the Grand Canyon and a look at Orioles.     Stay tuned for more.... 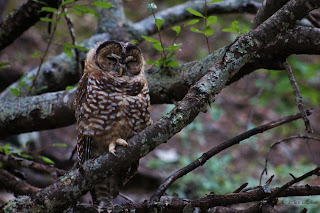