I had never been to the Petrified Forest National Park.   It didn't sound very interesting to me, but this park had a bird I needed to get on my lifelist.....the Scaled Quail. For rock people, I imagine this is a little piece of heaven.  Just don't steal any of the rocks or you'll go to hell. The park rangers asked us, "Do you have any rocks in your vehicle?"  I thought to myself, "Yes.  They're all over my car floor." But I figured out quickly what she was asking and replied, "No."  Then I asked her a question.  "Have any good birds been seen here lately?"  She shrugged her shoulders and said simply, "I only know things about rocks. But I can phone a friend at the Rainbow Lodge."  Wait?!!  Rainbow Lodge?!!  Sounds like a fun gay bar. But then my reverie snapped back to reality.  This was Arizona. 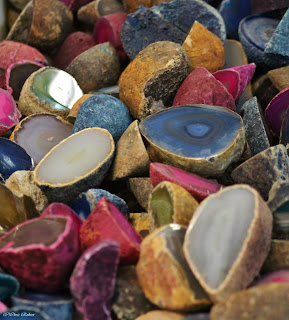 "Hello?" asked the friendly lady on the other end.
"Oh hi there, my name is Chris and I'm a birder.  I'm just wondering if you've had any sightings of the Scaled Quail or other birds?"  Ebird has very little documentation on this park for this year which made it difficult to play detective.
The mysterious Rainbow lady answered, "Nothing lately, but there are birds around the Visitor Center."
At this point, I said to myself, "You've got a real mystery here Chris.  Go see what there is to see.  Use your ears to locate."  Without seeing the trailer to the movie, I drove down the 28 mile road expecting the unexpected. 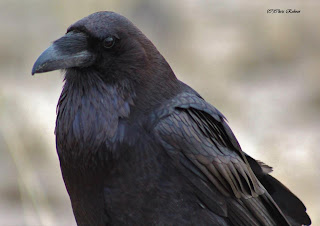 Right away, I began to see birds.  Not lifebirds, but birds that allowed me closer views!  Horned Larks ruled the park. Common Ravens sat and posed for me up close.  I was just inches away from this bird!
But I needed a little support and called upon King Tuzigoot for help.  And from the ancient Petrified Forest near the Crystal(Meth) Forest, he arose.  "I call upon the King to rise from these ancient trees turned rock!", I shouted. He was as majestic and as friendly as I remembered him since our last visit.  The King informed me that these rock logs were all that was left since the time of dinosaurs.  It had been a forest at one point.  But with time, the trees turned into rock and crystal....hence the name Crystal Forest.  He didn't know what Meth was.  I told him it was bad stuff and we moved on. 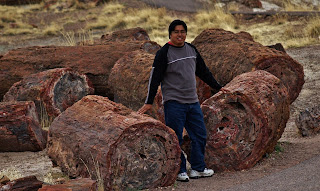 His eyes picked out the rock wrens jumping around on these ancient artificacts.  Very cool!  Thanks Tuzigoot!  They blended in well with their surroundings and I almost missed them!
I also found birds.....on rock.  I wondered what birds once lived on these great lands. 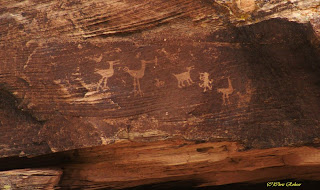 If that wasn't enough, we arrived at a very colorful desert on the old Rte. 66.  They weren't lying when they said this desert appeared painted. 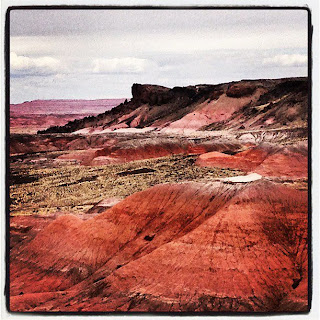 Common ravens stole the show.  There were so many nesting pairs that I became fascinated with their behaviors on this trip.  They are extremely intelligent birds. 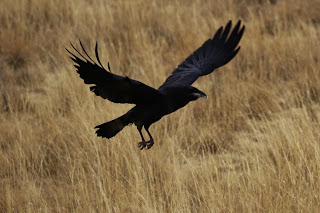 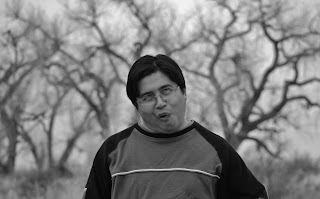 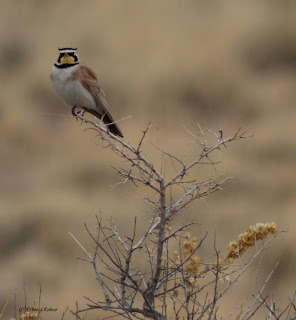 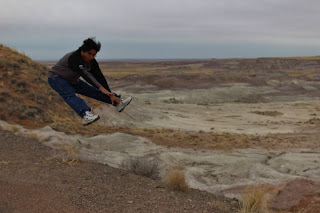 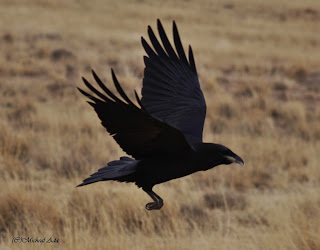 And on this day along 28 miles of glorious Arizona highway, we counted 15 species.  The Scaled Quail was a no show. This was a great and classic Arizona trek worthy of the name.