﻿
﻿We continued our trek along the Eastern half of the Salton sea.  At times it was barren.  No life to be seen anywhere. We knew that there were places to stop, but where were they? 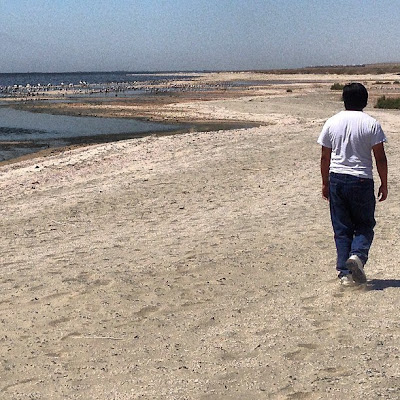