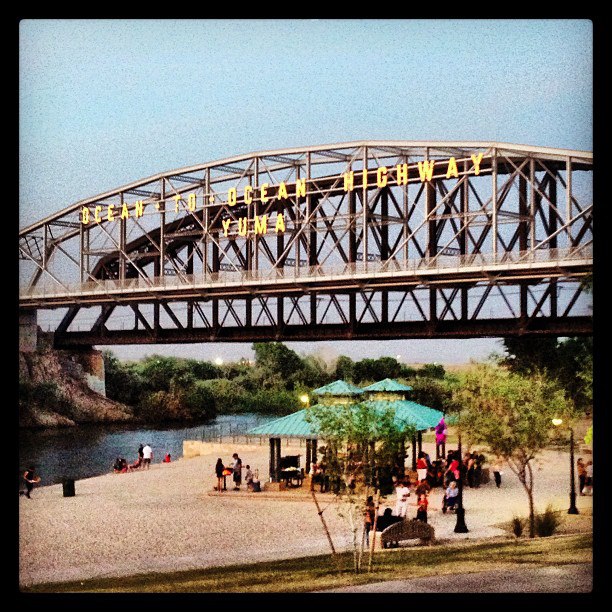 A shift in thought.  A shift in effort. A time to think and re-evaluate what I am really doing.  Since the start of this blog, it's been all about the experiences with plants, birds, wildlife and travel.  It was on our trip to Yuma that my other half Pat began to see what I see when I travel to what normally would be considered "eye sores" by the general public.  I could try to be politically correct, but I think I need to be honest here.  Most people drive through Yuma on their way to San Diego and never look back. People always joke sarcastically about it being an Arizona "must see"!  In the teacher's lounge, someone wrote the question on the bulletin board , "What are your summer plans?"  Someone wrote, "Going to Yuma."  Another anonymous person wrote, "Been there.  Done that."  While another said, "Send me a postcard!"  Like I've mentioned before, it's a place most people pass by quickly. It wasn't until we went looking for birds that I saw the real beauty of this town.  So when Pat heard that I reserved a hotel room in Yuma, I didn't hear the end of it.  "Why in the world are we going to that place? Ugh, these birds!"
And true to form, our room was terrible. But really?  We just slept there so who cares, right?  Several of the sites were littered with broken glass, drunks, and the homeless. Some of the tenants, and yes we believe some people lived at the hotel!, found breakfast to be delicious.  A young British man looked at me as he grabbed all the chocolate covered donuts and said, "Score!"  I didn't know what to say and continued stirring the powdered cream into my coffee. An older woman entered the building in her 1970's pink and paisley pajamas.  At that point I left with my coffee only to be attacked by a Northern Mockingbird nesting in a magnolia tree! Needless to say, I didn't always feel safe around certain areas but I did find incredible diversity in plants and birds that are only found in Yuma!  We visited several wetlands from Gateway Park.  It was here that we had great views of the Lesser Nighthawks, discovered the amazing wetlands along the Colorado river, and really found the heart of Yuma.  And it was beautiful. We woke up early one morning and hiked along the river and discovered many wonderful warblers, like Wilson's, Yellow, Yellow-rumped, Nashville, and Lucy's, calling out from the trees. 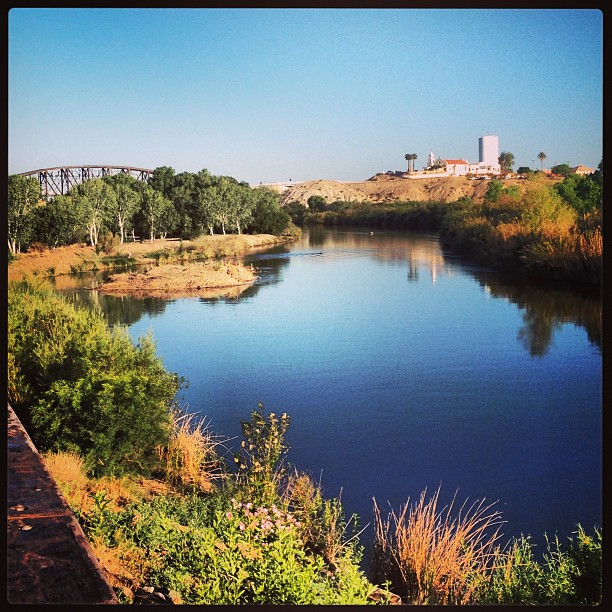 But something amazing happened.  At first, I thought I observed a Cooper's Hawk flying.  But the flight was all wrong and the wing angles, etc were way off.  I brushed it off and continued on our walk.  On the way back, we heard homeless people, who had been sleeping along the Colorado river, yelling at one another.  "No you're going to testify as to what happened.", replied the scraggly woman to the two scraggly men. Normally I would eavesdrop more, because I do enjoy some nice gossip from time to time, but their voices faded out as the "Cooper's Hawk" had landed.  But this time the bird was close and it wasn't a Cooper's! I always wonder where I'll be when I discover a lifebird for the first time.  And it's never what I imagine it to be:)  I tightened my lens on the target bird.  My heart began to beat quickly.  Then I passed the lens over to Pat and said, "Tell me what you see."

Pat went over the bird's physical features.  I asked specific questions not revealing what I thought the bird to be.  When we finished, I smiled and did my happy dance.  The White-tailed Kite.  Not always a reliable or easy bird to find, but one that required a celebratory breakfast afterwards. Pat kept an eye on the now loud homeless people while I snapped ID shots of the bird as best I could.   The lighting was all wrong! If they had pestered me while I was doing the shoot, I would have clocked them a good one.  NEVER mess with a lifebird!:) 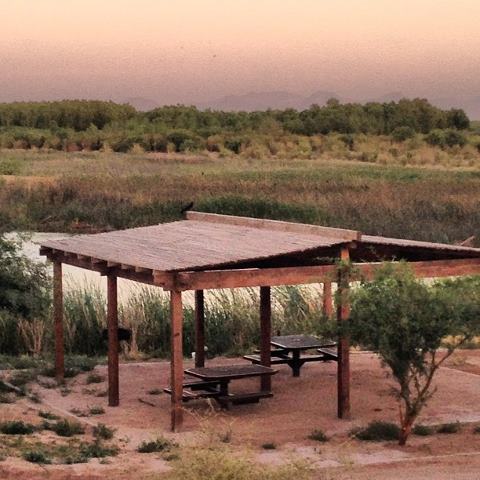 And only then did I snap out of my crazy need to chase birds. I feel mortality for the first time in my life. Some bizarre things have happened to family and friends over the past couple years.  Every day is a gift and it should not be wasted.  And I feel like I have a lot of catching up to do.  When my doctor gave me a warning at the last visit, it snapped me to full attention.  I could care less about my health, but wait.....poor health will interfere with the great adventures ahead!  I hope that's not the case, but I am beginning to understand the word "limitations" from older birders or birders with health conditions that no longer can do the massive hikes up canyons or waterfalls.  Standing on top of a hill with my other half over the Yuma Wetlands at twilight reminded me that it's time to stop the crazy chases and watch my calorie intake:)  It's time to take it all in and just be because there's nothing more special than that perfect moment. And with birding, there are many!  Below, look carefully.  The Nighthawk flies! 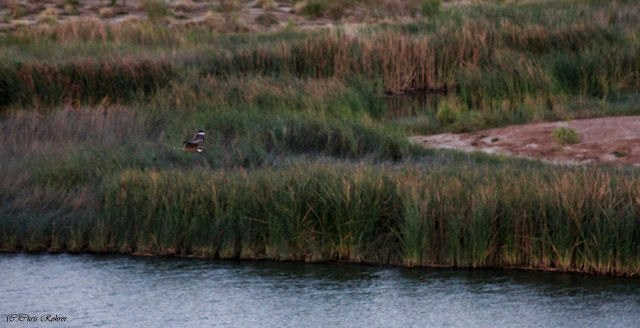 I'll see the birds but just maybe not right away. It's what Kathie was trying to tell me all along. She is the feeling birder absorbed in the moment, the people, and the experiences.  I am the logistical organizer that requires a plan with one or two target birds new to the list for the year or for the life list.   But like all things in life, I have to find balance.   Watching the Lesser Nighthawk fly over the water with a cool breeze next to Pat was pretty amazing. Capturing photos of the Lesser Nighthawk.....perfection.  After our trip, Pat purchased an expensive camera to join in on the fun because it's only now that a certain someone has discovered the thrills of the chase:)
As I sat on that hillside next to the ghetto broken glass, I thought about my work.  The United States has become a huge playground to me.  It's not about finding the most birds in a year but observing the birds present.  It's about finding the life birds and telling the stories that go with finding each of them.  As I work out in this field more, I am saddened by the obvious loss of habitat around the world.  I get it now, but I don't think most people do.  I consider this international journey finding birds to be a documentation of our diminishing planet.  We are still destroying riparian habitats and building outwards into areas that should not have development.  Currently, our last free flowing river in southern Arizona(the San Pedro) will be redirected to service a Sierra Vista settlement.  A proposed mine site is planned to begin sometime this year (or into the next) within the precious Santa Rita mountains, home to Madera Canyon.  This will also effect the Empire Gulch near Sonoita.  Exxon is pushing its leftover oil from a massive leak into wetlands killing off wildlife.  There are regulations in place but it seems that rules were made to be broken and pushed aside by higher ranking officials. Local government is getting bypassed by state officials who aren't listening to the people.  My job is to capture and record all of this before it disappears.  For more information on the Santa Rita mountain, click here.  For information on the San Pedro river, click here.  We live in a world now that is slowly shrinking.  Our planet can only sustain so many people.  What will be left I wonder after all is said and done?
Posted by Rohrerbot at 10:22 PM