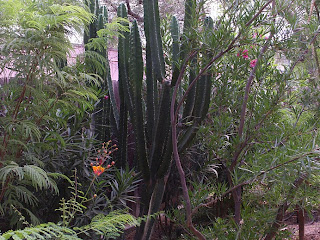 A full year has passed today and this blog celebrates its' first birthday. Taking a break from the tree series, today I reflect on why I got started and where I'm going with this extremely addicting hobby. 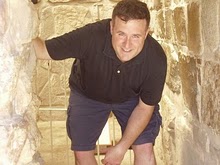 When I first began, I just thought I would start with a weekly write, but as I developed the content, I realized there was a lot to record and keep track of in the garden.  Years of knowledge and experience had been kept inside this brain of mine.  At first, I started to write and later discovered over the course of several months that I needed to keep my topics focused and in a specific order.  The titles were too long and incomplete which often didn't reflect the feeling of the write. Over time, I found that single to several word titles would be the norm. As I began to write more, more things came to my mind, more information presented itself to me as I went through years of journals and pictures from all over the world.  Whenever I travel, I always take a lot of pics of gardens and plants that people don't necessarily care about and so I put these pics into a file for "later on".  Well I discovered that "later on" meant that I would eventually put these into a blog even though I didn't really know what blogging was about at the time. On a personal note, I was happy that many of these pictures would see eyes again. For an example, one day on the Inka trail in Machu Picchu, I went ahead of the group just so I could snap pictures of plants without disruption. It was the 3rd day of the hike in a cloud forest and I needed total concentration to snap pics of the local flora. That's how addicted I am to plants and their environments. This June, I purposely put several days into my Panama trip so that I could work a couple days alone in the field.  I have several plant centers lined up for exploration.   This also allows me some technical talk that usually bores most people. 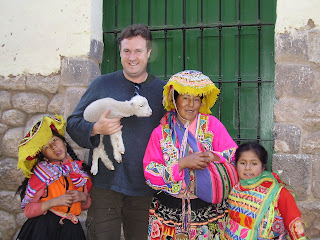 In the beginning, I used pictures from the internet on my writes, but discovered that taking your own pictures were better and demonstrated what it was that I was talking about....plus I found that it also kept a visual record of the garden. The picture quality drove me nuts....scanning old pics and the use of older cameras was now out of the "picture".  My mother always said that if you're going to do something; do it right.  Around July of 2010, I got fed up with my terrible cameras while using my Mom's excellent camera on a trip home to Wisconsin.  Once I arrived back in Arizona, I purchased a superior quality camera that I now use today for some great shots.  Basic cameras are okay for some things but not for macro shots of leaves, insects or video recordings, lighting, etc.  The camera was a MUST and I didn't regret the purchase at all. 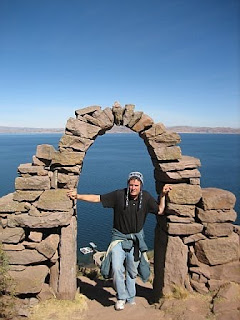 I went undetected for quite awhile on the internet.  I didn't know how to find fellow gardener's blogs or how they would find me.  It was a difficult time because I needed to connect with the garden community.  Many people enjoyed what I did outside my "normal" job but didn't care to talk about plants, which I understand, but like people who love football, it would be great to have a community to chat with about our gardens. Later in the year, I began going through a personal change in my life.  I left my Special Needs job of 15 years and kept my 15 year Spanish teacher position.  I signed up for Docent classes in August at the Tucson Botanical Gardens and reignited another kind of spark in my life....one of enjoyment. Every weekend I went to my Saturday morning classes and discovered that there were a lot of people who shared the same passion as I did.  We spoke of plants and experiments in our own backyards and I discovered that I had a lot of experience to share with people.  A confidence came to me during this training period and it taught me many things.  This time I had a badge and certificate that said, "You can do this Chris."  How many of us are trapped by life's decisions?  How many of us would love to try something different?  This blog opened a door for me and it continues to keep opening.....

Another part about this experience has been my love of writing, investigation, and photography.  Ever since I have been a child, I have been fascinated by stories both real and imaginary.  Secretly, I have discovered that the imaginary stories with fantastical creatures are allusions to other cultures here on our planet, and the more I travel, the more connections I make.  Sadly, another focus of mine are the indigenous people of this world.  What you see in the Middle East is an example of what technology is doing across our globe......it's educating people and you can't stop this progression.  However, don't think that this doesn't affect us......it is.  Our education system and the way people are viewing the world has changed.....look at my home state of Wisconsin and the battle that has only begun.  We are looking at a global shift of attitude and views.....and I haven't a clue how this will turn out, but it is kind of exciting. So what about the indigenous people of our world?  I have noticed that their children are leaving for this modern day culture and abandoning their families.  Take for the example, the Uros people of Lake Titicaca.  For centuries, they have lived on floating reed islands.  Today their children are leaving for the port town of Puno to get a college education.  The floating islands within several decades will be a thing of the past....or kept as a museum of what was. As the Amazon is encroached upon by human development, tribes are seeing the outside world for the first time.  I know it's hard to believe, but there are still a few places in this world that have been kept sacred and hidden......but that's changing. Where will it all go? 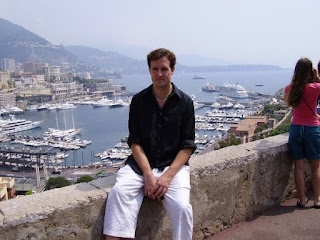 Finally, my blog started getting a little internet attention around May of last year.... even though I had been writing since March.  At first it was a few people.....10 clicks a day....15.....and then around October, something happened.....more hits.  And in December, there was a huge jump in people reading the blog. You may laugh at this, but you'd be surprised at what a write on "meth" will do to your blog.  It's incredible the amount of people affected by meth in our communities.  I have another write about it coming up and how I'm going to protect our property from it.   By January, over 5,000 people clicked on this blog.  In February, my blog reached over 6,000 clicks.  I don't know where this is going or where I'm going with all of this except that this has been one of the most positive and uplifting things for me to do in years.  Recently, I've learned how to schedule a blog for release on a day and have been asked if I'd like to do adsense?  Does anyone do this?  I'm not sure I want that clutter on my blog.  From a business perspective, it's a great idea, but that's not what this blog is about.....and that's my stupid teacher thinking interfering with the morality of this idea.  Why do we work? To make money. For me, it's also to leave a mark on this world before I leave it.

Let me share one thing with you on this very personal blog today.....part of why I do this write is because I'm scared I'll be forgotten someday.  It's not death or any of that other stuff that afflicts me.....it's being forgotten.  I envy people's names that are still mentioned today by the means of a city name, museum, car, garden, cabin, or street.  In July of last year, I wrote about a 95 year old woman at Point Beach State Forest who had been an educator of the park for over 30 years.  When she passed, she donated her cabin to Point Beach.  On a bike ride in the forest, I passed her cabin on the trail and remembered the lady that Winnie was.  I was fortunate to have worked with her over the years meeting her first as a kid searching for antlions on the beach and then as an adult later on in life working at the state park myself. We all make a difference in everything that we do, and for many of us, that is expressed by our gardens. So on this first year of blogging, I'd like to thank everyone for reading and sharing their thoughts, adding their expertise, and discussions to these writes. I do my best to present what I know to be accurate and true and I won't write about a plant unless I've experimented with it first.  It has been a wonderful process. The person who started this blog last year is a very different person this year and it feels good to be alive again. I have guest writers lined up, a lunch chat with a famous garden author, several photo shoots on location, and of course, more plant and travel information.  There's so much more to come from Las Aventuras.......

Posted by Rohrerbot at 5:00 AM