I always bird with my camera.  Not having the camera on our Christmas Bird Count would have been a bad idea.  I am a strong believer in photo ID.  And it would come in hand with an accipiter found.  Turned out it was just a battered Cooper's Hawk.  However our day would turn up some amazing species!

It had rained non stop for almost 2 days. However our morning cleared up and made for a wonderful day birding.  There were 4 of us walking the Tucson area. 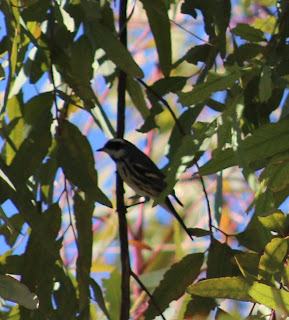 We found some great birds including the Black Throated Gray Warbler and Male Summer Tanager.  It's amazing that the Summer Tanager has remained in Tucson for the winter.  The Tucson team counted a total of 6!  That's an incredible amount of Summer Tanagers for our area at this time. 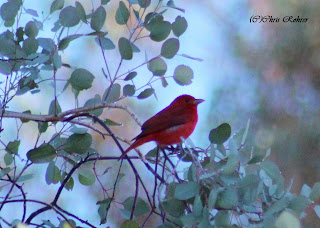 Some of the regulars like the Cactus Wren put on a good show.  We found 9 of them hopping around a house. 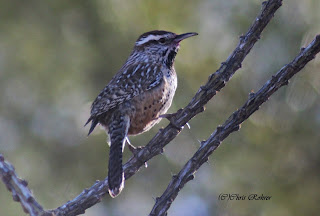 It was cold so the birds were very very hungry. 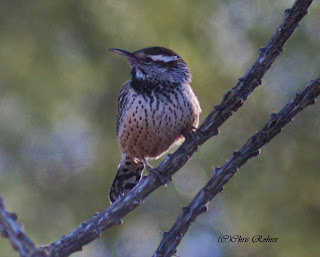 As you can see, everyone is a little "puffed" out and huddled together. 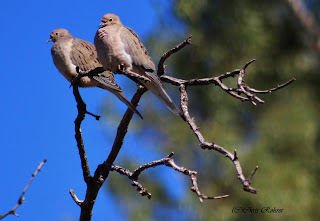 This Curve billed Thrasher makes me laugh.  They have such a grouchy face. 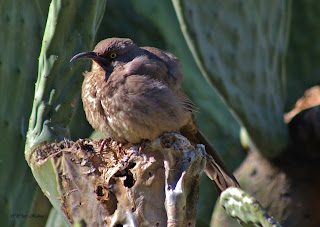 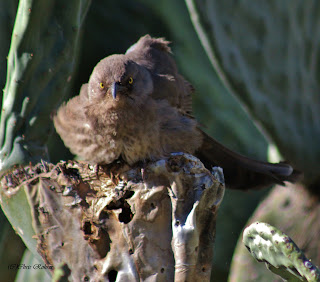 Tucson again reigns as the nation's number one Vermilion Flycatcher capital.  On this day, over 177 of them would be counted in our city.  That's a record breaker for the US. 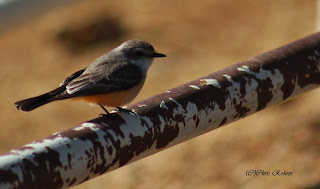 A truly special find is the Peregrine Falcon.  This is a first time wild sighting for me and I was thrilled! 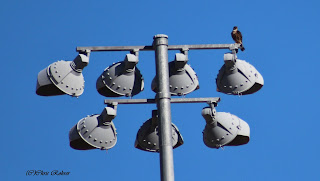 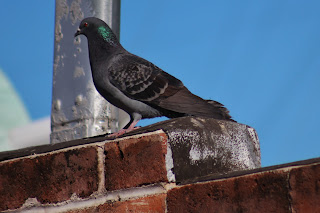 And so were the Broad Bill Hummingbirds.  All wonderful and lovely sightings.  Overall the Tucson CBC had one of its highest turnouts and counts of bird species within the city.  It was a lot of work but also quite fun. 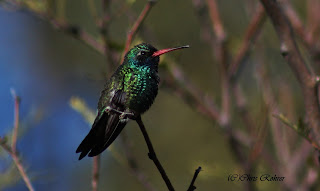