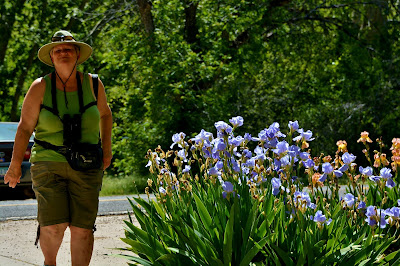 I drive to work in the morning and look at the sky.  My work will soon be over for the year.  More and more it feels like I'm being pulled in a different direction.  Of course, it could be the end of the year school stress:)  On my way home from school yesterday, I listened to NPR as they played an audio of a rhino getting shot and killed by a man in a helicopter.  It was videotaped by the pilot.  Each day, it is estimated that two rhinos are killed so that their horns can be sold somewhere in Asia. 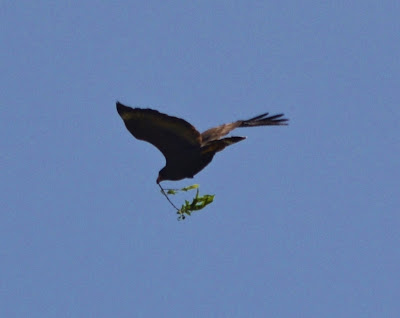 And then I come back to my own state.  Arizona.   I witness the miracles of the Common Black Hawk nesting.  It makes me smile.  We are careful to not disturb. And we watch in awe at the miracles of two nesting Black Hawks.
I could have watched them for a long time.  My first Arizona sighting was this year as they all migrated up the riparian areas.  But now the San Pedro near Sierra Vista will be drained.  A proposed copper mine will destroy their habitat around the Empire Gulch.  How can all this happen? 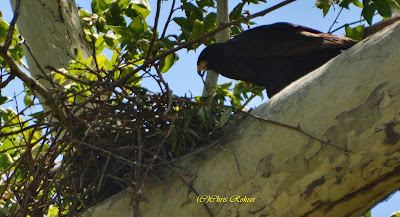 This weekend we went to Agua Caliente Park.  The springs continue to shrink at a rapid pace.  The water will not be there by July.  They don't know what's going on, but they believe that illegal water taps for wells have gone in around area.  Compound that with the new construction and we will have lost Agua Caliente park.  Researchers are trying to find the answers.  It's all a bit alarming!  At one time, this park was an important stopping ground for many water birds. 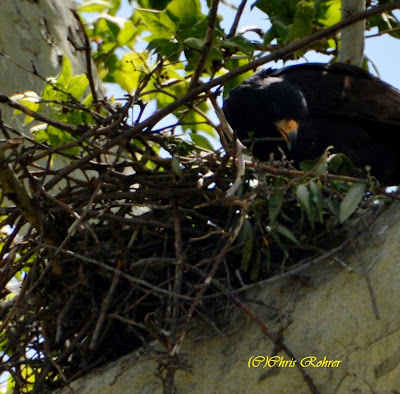 We continued down this one singular road.  As we did, birds, snakes and lizards moved around us.  It was one of the most peaceful roads I've been on while birding.  No bikes.  No dogs.  No loud people.  Just us.  I had my water pack on me and boy did I drink up.  How long will this area be safe from development?  How long do these birds have before their water source is used up?  How do we protect our Saguaros from becoming tagged by spray paint?  Or the rare Stilt Sandpiper we witnessed getting chased by dogs off their leashes at a park?  One of the birds has an injured wing now and was thankfully rescued. Pesticides are used on crops that kill our bees. Sometimes I wish there was a superhero vigilante out there who fought the taggers, the illegal poachers and people wanting to capitalize on our most precious resources.  We have police and the military to protect our rights.  Now we might say that we have National Parks and Park Rangers to look over these things but are they funded properly?  Just yesterday, someone went into Saguaro National Park and tagged several of these majestic cacti.  And even with Park Rangers in places like those magnificent South African reserves, there are poachers coming in and taking out the rhinos.  Soon all rhinos will go extinct in the wild. At one park in South Africa, they are already considered extinct.
We rested for a short bit of time in the heat around the Sunflower area.  As we did a pair of Zone-tailed Hawks flew out of the tree screaming at us.  It was blood curdling and they swooped only several feet above our heads.
This shot was just a few feet above my head.  You can see that she's not joking around! I remember the movie Avatar.  I remember feeling super thrilled at the idea of "Mother Nature" rising up against her destruction by the greedy human people.  Ewa took control and made everything right.  I have a feeling that Mother Nature has a few things up her sleeves for all of us. 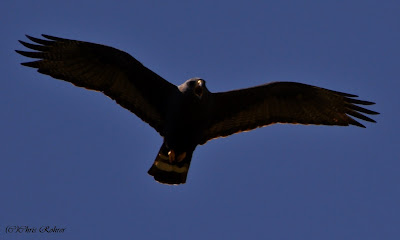 It's all overwhelming.  I do what I can.  I try where I can, but it doesn't seem to be enough.  If there ever was a calling to make a difference in this lifetime, it was this morning.   I turned the radio off.  I turned off all the negative whining and put in music to relax my mind.  I wrote a letter to our Mayor and council members about the copper mine.  Many of them agree.  While Pima county voted "no" on the mine, the State overrode their decision. Now we sit and wait for the permits!  How can water quality pass this?  The endangered Jaguar, endemic birds.......will the Elegant Trogon leave this mountain area once and for all? 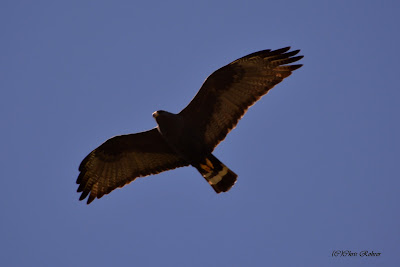 How do we protect something so sacred?  How do we help others see the value in guarding it all?  I know I write about this every now and again. I am neither optimist nor pessimist in these matters.  I would just love it all fixed or resolved.  So for today, I've come to the conclusion that it is what it is.  My mind got lost in the clouds.  I took a breath and stepped out of my car and went into work.  I will continue my documentation and this blog in hopes that maybe, just maybe, there are people out there beyond our blogger community who will read these words and perhaps want to make a difference.  There really is so much to see and do.  It would be nice to know that these things will be around for future generations to enjoy.  What's on your mind?

Posted by Rohrerbot at 4:26 PM