Now I Lay Me Down To Sleep

Last week I scouted high and low to help a friend search for some of his lifebirds.  Sometimes I have feelings about when something epic will happen.  And during this past weekend, we tested the word "epic" out. Gordon Karre came down from Phoenix and together we made a powerful team as we found some of the most special birds around Southern Arizona.
Gordon took both Kathie and myself on a birding trek around Sunflower and Mt. Ord several weeks ago.  It was an intense day.  He gave us wonderful observation time on Common Black Hawks, Zone-tail Hawks and a Canyon Wren.  Plus I was able to get two more warblers on my Arizona and lifelist!!!  The pressure was on.  Could I do the same for him when he came down to visit?
The answer was yes.  But he also found me several lifebirds in the process!  Together we achieved a fantastic amount of work in one and half days.  We both thought alike and we both have the birding bug.  Over the week, I researched reports and went to sites alone and with Kathie.  I miss my birding buddy. And I'm going to miss her more as she abandons me for the East Coast!!! What nerve that lady has!!!!:) However, I'm heading to Central America over the same time period so it's all good. So I was thankful that we both could do some light birding over the week together before we left off to different places. 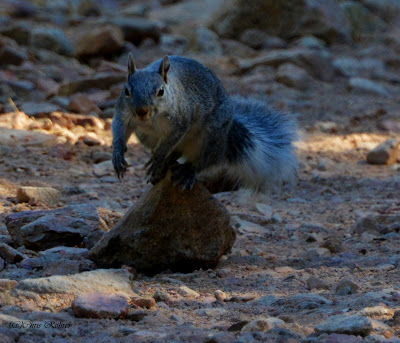 Gordon loves lizards and they are pretty amazing creatures.  But I never really think of taking pics of them unless they call my attention.  Our trek to Madera Canyon and Willcox Lake would give him 8 new lifebirds!  And for myself, 4!  One of them was the most epic.  If I'm on the hunt for a particular bird, I will memorize their songs and calls.   They don't even have to make a lot of noise for me to track them down.
Sparrows are interesting.  Gordon would teach me the call of the Botteri's Sparrow.  Some Sparrows are rather dull and difficult to ID.....just like the flycatchers.  BUT, if you know the calls they make, the ID becomes SUPER easy!  And thankfully, the Botteri's call is a very easy one to ID. I won't forget the ball dropping sound around the fences and grasslands.
In the shadows, I saw a strange bird.  I wasn't familiar with this particular bunting, but I knew it was different. And like I do with any new and exciting bird, I began to swear.  I don't even realize I'm doing it until afterwards.  People, including my other half, make fun of me for doing it.  Whatever.  We saw a Varied Bunting!!!  Epic!
Blue lit up along the bark of a tree.  Another new lizard I have never seen before!  But something even more magical happened.  We walked a trail at the uppermost parking lot in Madera Canyon.  And epic was about to happen.....

The unmistakable barking sounds of the Elegant Trogon in a group of trees could be heard nearby!!!  Finally, after many attempts, both Gordon and myself could add this bird to our lifelists.  It was the most satisfying moment of the weekend. The bird flew into Gordon's line of sight and together we watched the bird alone without hundreds of spectators.  After 10 or 15 minutes of observation, the bird quickly disappeared and wasn't seen again on the rest of the trail.  I watched it disappear!!!  I don't know how they do that!!!  A weight was lifted off my shoulders.  We found the Trogon!  After several minutes, many people were on the trail asking about the Trogon and this time, we could say we saw it and watched as the hopeful birder's shoulders slumped.  I felt their pain as it had happened to me so many times before.  Never again.
My life is now complete:)  I can now relax knowing that the Elf Owl and Elegant Trogon have photo documentation.  It also marks my 2nd graduation in the birding world.  Last year it was hummingbirds.  This year with the Elegant Trogon find, I believe I have reached a new level in birding.  It's now time to study the minute differences between Sandpipers, Sparrows, etc.  There are so many yet to find.  I had a great time birding with Gordon and look forward to many more adventures with him. And as the title to this post suggests, I am finally able to sleep better at night. 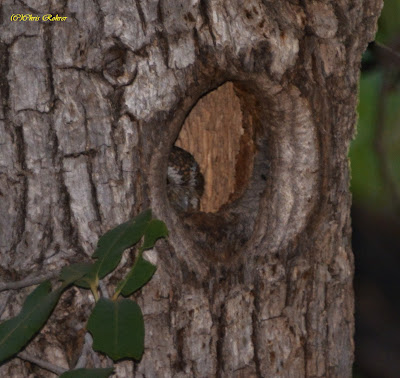