The post name says it all.  Birders use a lingo phrase known as "Nemesis bird". "What is it?", you may ask? Well it's a bird that for some reason or another "hides" or evades our own birder radar.  And yet, others will see it everywhere, often, or sometimes while the poor one singular birder(that would be moi) won't see it at all! Every birder has their own "Nemesis" bird. On our hunt for birds this month, I hoped to find my own Nemesis bird....the Merlin.
Now the problem with my Nemesis bird is that it is surrounded by similar looking birds.  I would get excited if some new behavior was observed and think....."Is that it?"  I had several false moments of excitement that turned quickly into disappointment as I realized I had been looking at a Juvi Cooper's Hawk or Sharpie(Sharp-shinned Hawk)!  So I thought I'd share with you several of those moments. .
A Merlin is a small bird that has a few markings that are similar to falcons and the smaller hawks.  I saw the Cooper's Hawk in the river and thought.....maybe?  But it turned out to be too large and the markings weren't right.  At all.  In fact, now that I've actually observed the Merlin, I can tell you that the flight patterns are very different.  The Cooper's flies low.  When I saw the Coopers take off, I knew immediately that I wasn't dealing with a Merlin.  Bummer. Meanwhile reports were coming in....Merlins everywhere!  Everywhere?  Really? Then pictures would follow and I'd sigh....
Off in the distance, I see dark markings and a face mask.  But it was too large and the markings were too dark and different. But still.....a Peregrine(above).  A very nice find.
Quick movement or no movement at all made me suspicious.  I always imagine where I'll find a new bird. There's never "if" in my vocab. But I will say this.  It's always unexpected! 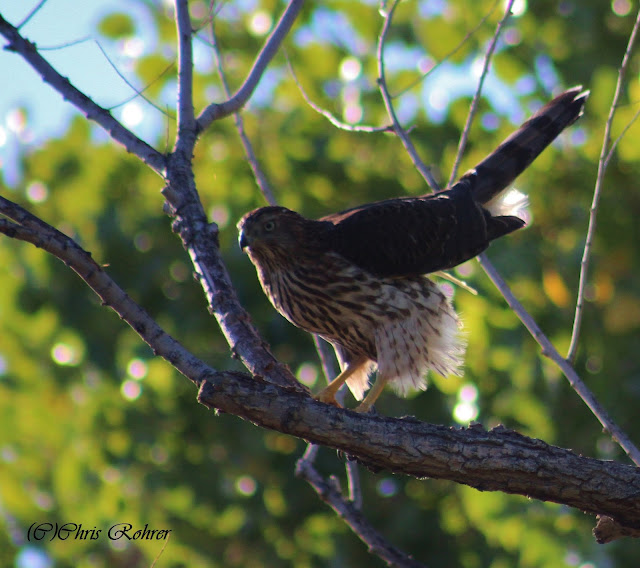 The American Kestrel is an easy bird to ID, but if you're new to birding and haven't done much observation on these various birds, it can be difficult.  The Kestrel is the smallest(and most colorful).  But as you can imagine, when something flies over my head quickly, I have to do a quick snap with the camera and then observe behaviors.
I don't take anything for granted and I stop at every location just so I can find my Nemesis bird.
I go to the places where it was reported.  Instead of finding the Merlin in the spot it should be; I find a Sharpie.
Or a Cooper's, Kestrel....... 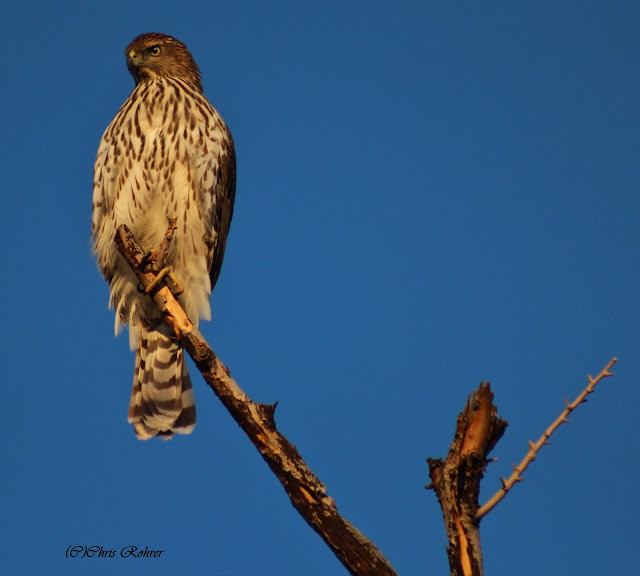 The big hawks, like Red-tail or Ferruginous, grab my attention because they are such incredible birds. But then something unexpected would happen.
On an outing with Kathie after a day of birding(we had called it quits), she noticed a strange bird high high up in the trees.  We were driving quickly as the sun was setting......so how she spotted this Merlin is beyond me!  But she did and said in her excited tone, "Oh my gosh Chris, I think it's a Merlin." Merlin whisperer, I thought. After so many attempts, I was like, "Yeah right."  We stopped the car and I looked closely.  I had gotten my hopes up so many times before.  What if this was another Sharpie or Coopers looking different because of the sun angle?  But I saw the marks and cautiously became excited.  And I observed and observed and observed. 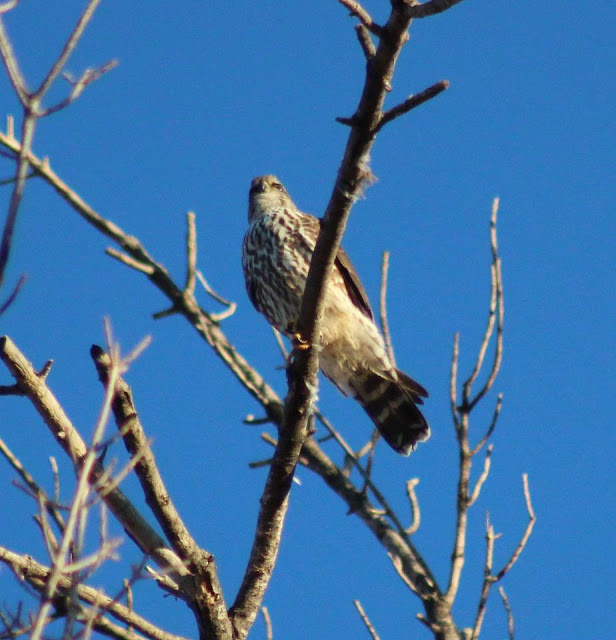 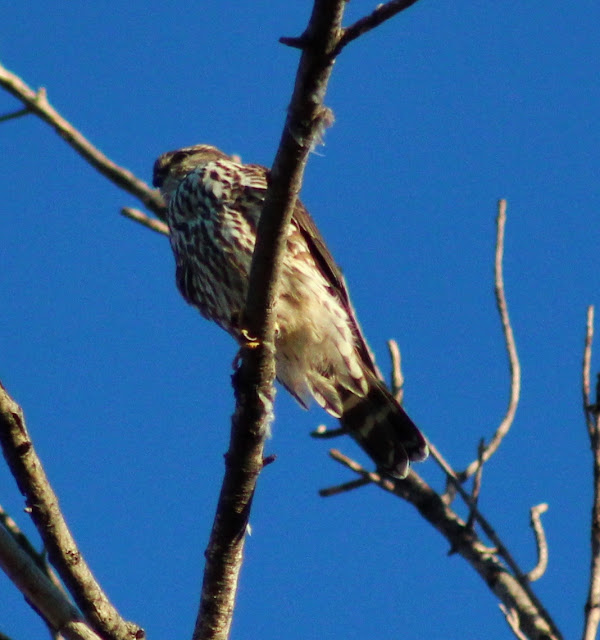 And then I knew.  It was the Merlin. One cannot go on tail alone.  Even though it's "square", the Sharpie has the same feature. So that's not always a reliable field mark.  This bird is difficult here because it is lighter in color than it's much darker Pacific siblings. To celebrate, we headed to Peña Blanca lake to end the day! 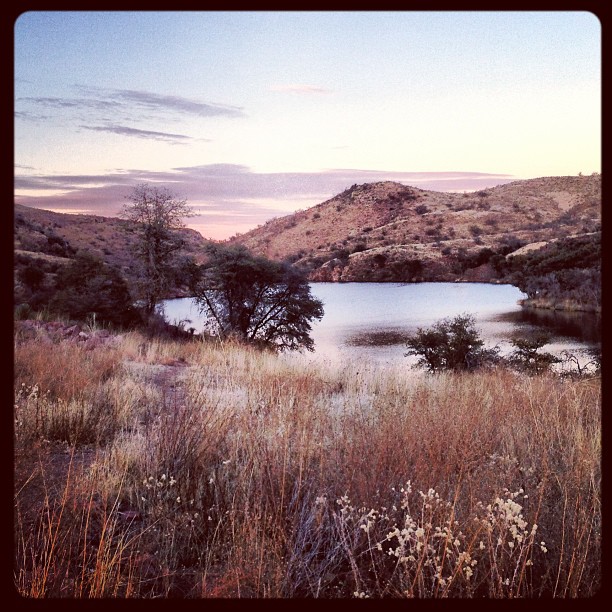 So now I have to find a new Nemesis, but I'd much rather not:)  If it's one thing that birding has taught me this past year, it's that it's better with friends who help one another and work as a team.  There is no time to focus on the negative anymore.  Life is short.  Keep away from the bad energy and just let things unfold as they do.  I am a completely different person than I was when I first began this journey.  And because of it, I'm finding a renaissance happening in my own life.  With all of this comes a singular and powerful focus that I haven't felt in years.  I'm not just seeing birds anymore; I'm seeing animals and other critters.  And it's my job to keep their secrets safe, but I'll snap a pic first:)  More soon.....
Posted by Rohrerbot at 8:54 AM