Into The Heart of Darkness

Our world is a crazy one.  Some parts are preserved well while others are left to fall apart. On a journey that would leave me with dark thoughts about mining, I struggled for one week to organize my thoughts and write this post.  I also struggled to find the art from it all.  Sometimes photography is about being uncomfortable with the observation.  This post today serves 2 purposes which I'll cover in just a moment.
Arizona is a world of its own.  In many ways, I am thankful for the birding trips to the odd and bizarre because it allows me to see our state as a whole.  On this day, both Kathie and myself would head to Greenlee County.  We went because there hadn't been any bird counts in this region and I quickly understood why.  Greenlee county is a long and narrow one that runs along the New Mexico border.  It is full of breathtaking mountain ranges covered in forest.  Once again, it's home to some rare finds in Arizona which include Magpies!
We began our studies at Roper Lake Park in Cochise county.  A really lovely park full of cabins and water!  On this day, the Common Merganser would fill the lake with numbers over 150!  Kathie counted.  And I took in all the beautiful landscape locating birds for her to count:)  This took up much of our morning but we knew we had to get to Greenlee County to record data. And so the Las Aventuras and Kathie's Birds team went where most people avoid.....into the Heart of Darkness.
We entered Greenlee County and became excited finding our first birds.....2 Common Ravens!  The first Ebird count for the 2013 year! And then things went south once we entered the mining towns of Clifton and its sister city Morenci.  I became angry and upset because we are facing a mine opening up in the near future on our beautiful Santa Rita mountains.  The people have been fighting to keep this mine out and away from this pristine mountain range.  Pima County environmental officials rejected the proposal on this mine and the state of Arizona(run by Jan Brewer) didn't like Pima County's decision. The State Supreme Court ruled in favor of Rosemont.   So they are giving this Canadian based company another opportunity to open their mine on these mountains.  As of last week, they are one permit away from opening.  What this tells me is that the people have no voice whatsoever and money, like always, speaks.  A mining company will promise the moon and the stars to a community. And then decades later, they'll leave you in a wasteland of human scrap destroying all the natural wonders that this world continues to lose daily.  All people have to do is go to Clifton or Morenci to witness what mining has done to the landscape and wildlife(or lack of!).  Even closer are the mines near Green Valley and Globe!  It's truly an eye stain! 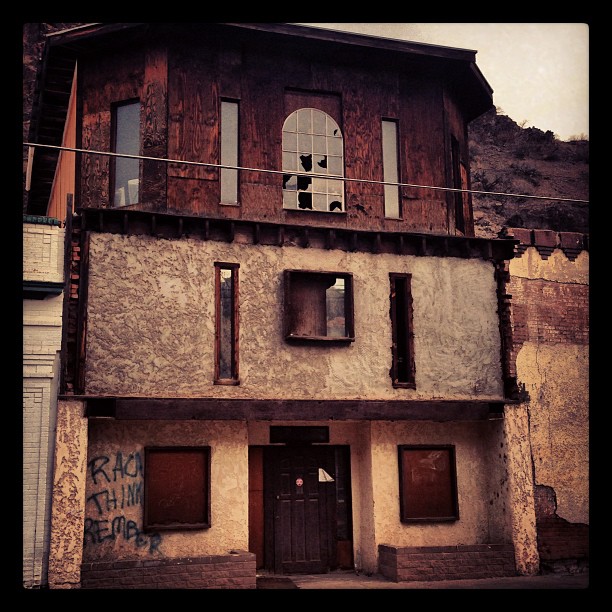 After these pics were released on my Facebook page, a friend came up to me and said that she had been raised in this community as a child. The town is run and owned by the mining company.  You could feel and see the social changes once we entered into this broken down part of the world.  Many of the old homes abandoned.  And some of these decaying buildings were actually used!  I remember seeing a boarded up building that had plywood pulled away from the window which led me to believe vagrants lived in these places. 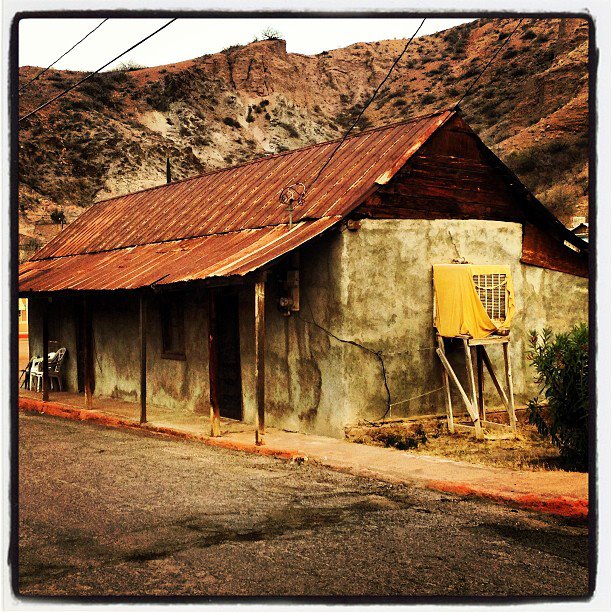 We went to do a count at one spot in the Morenci area and for the first time in my Ebird experience, we could not find any birds!  It was disheartening.  The place had trees and rock......but there was nothing!  I searched my best to prove to Kathie that there was a least one bird hiding.  Not a peep.  And for this report, a sad "0" was entered into our bird counts.  If most of us just stood still, we'd see or hear something(pigeons count:)  But at this site.....nothing.  And that was sad. 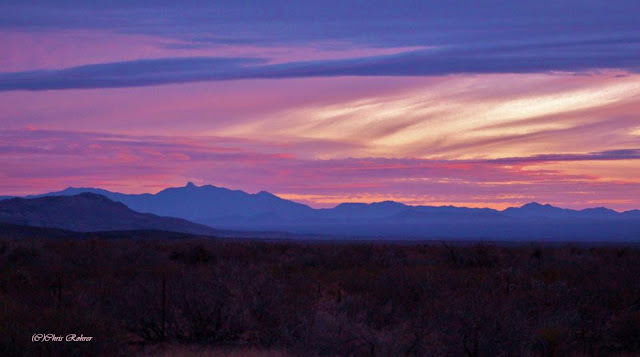 I suppose the town would be a photographer's dream but all the images made me very angry.  Let's just rip this entire world apart and destroy it!  There is a line that should not be crossed and these mines prove that point.  If a mine goes into the Santa Rita mountains, endemic species face yet another human threat. Water quality?  If I were a resident near these mines, I'd be very concerned.  Here is the link about what's going on in the Tucson/Green Valley area. Believe me, people are fighting against this mine opening.  It will affect those who come and enjoy the beautiful Arizona landscape from around the world.  It will destroy what Southern Arizona is best known for......an amazing diversity of birds and wildlife! 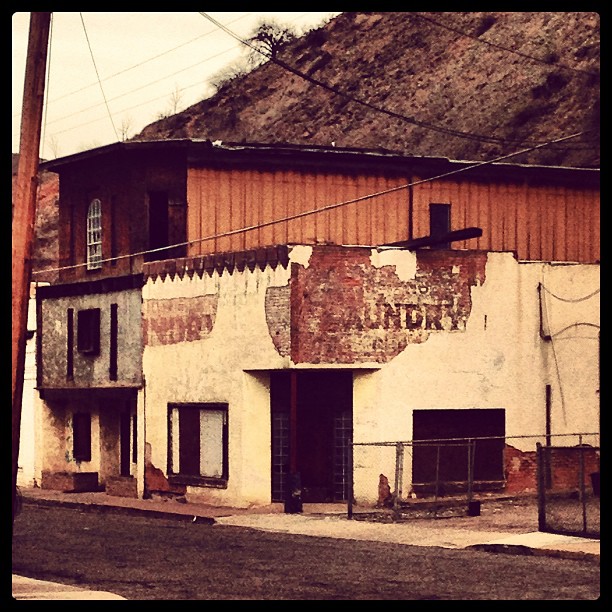 I detached my emotions from the ecological disaster and the harsh chemically stained landscape to examine the people.  My fb friend told me that it was a very different life growing up in a mining town.  The mine had indeed grown since she last visited this area.  I would have liked to spend a night in this town just to study the culture and speak to several people about living in this isolated area.  We will be going back here again for more work and study.  There are places we didn't have a chance to visit and would like to see next time.
Here is a link to a post I wrote last year titled, Save the Scenic Santa Ritas!  They are only 1 permit away from getting started and if it passes, a lot of people will be saddened by the news. 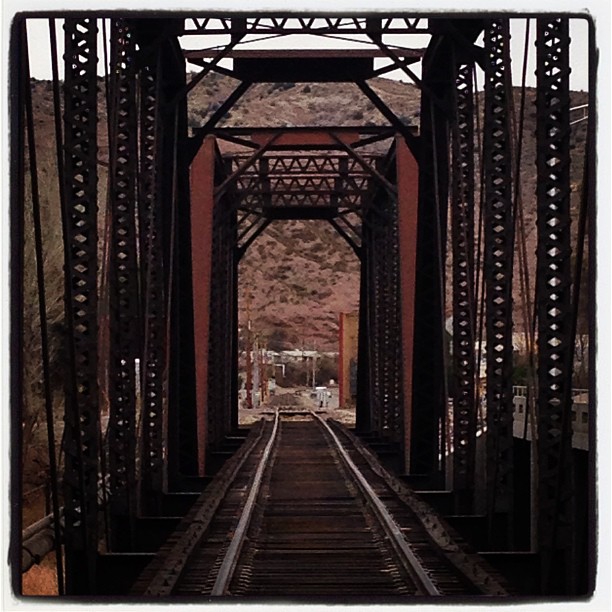 Imagine looking at this mountain range below with a mining scar on it.  Now imagine the life that lives on those lands and you can see why many people are upset about about a mine opening up.  We headed back home this day with heavy thoughts.

Posted by Rohrerbot at 2:25 PM