Ugly!  Awesome!  Finally!  These were the words that came to my mind as I found these incredible scavengers near Montosa Canyon.  I had been waiting for an opportunity like this for quite awhile. 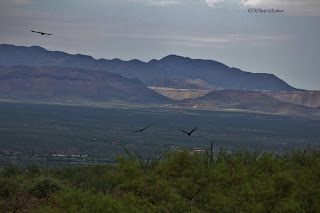 It helped being the only one in Montosa Canyon early in the morning.  Now look at these views.  Southern Arizona is pretty amazing.  The birds quickly flew off, but what were they gathered around? 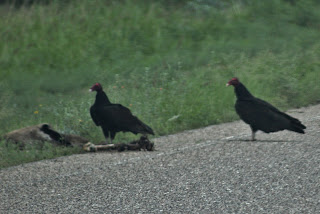 Harbinger-anything that foreshadows a future event. An omen or sign.  What was this that made 5 Turkey Vultures come together? 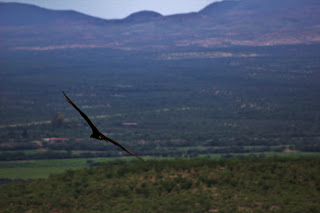 For many, this may seem like an ugly bird, but might I suggest you watch this incredible scavenger fly.  It's the most beautiful thing in the world.  Close your eyes if you don't want to see what it was they were eating. 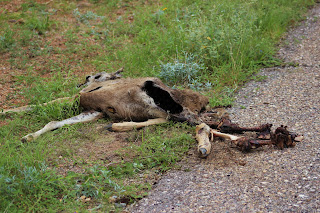 Now while this deer doesn't look very appetizing to us, it makes for a great meal for lots of wildlife around the area. 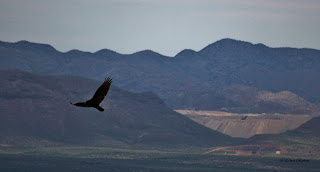 "Gorgeous!" is all that I could say to myself during the photo shoot on this cloudy morning. Those are mines in the background.  A human stain on the landscape?  Santa Rita residents are fighting  the Rosemont company who want to add some jobs to our weak economy.  They promise that they won't do any damage whatsoever to Mother Nature or that any damage done will be very minimal. Should we believe them?  After seeing other companies around the world who have claimed the same things, you all could say that I have my doubts.  But let's stick to nature(while it's still around). 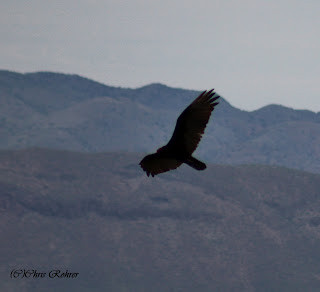 Look at this.  I still smile at the incredible wingspan of this bird.  It can reach 6 feet!  That's one of me! 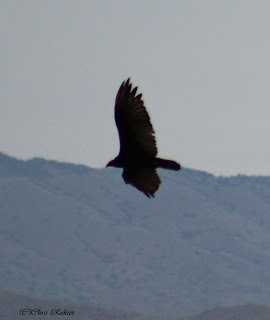 Their faces might remind me of the Skeksis from the Dark Crystal, but it's still a great bird to have around our area.  So much more in store for you all.  Some wonderful surprises have come my way during early morning hunts.  I hope you'll enjoy the critters as much as I have.  Summer may be hot, but the rain brings everyone out for a drink in the desert.  More tomorrow... 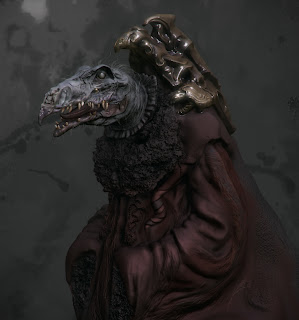