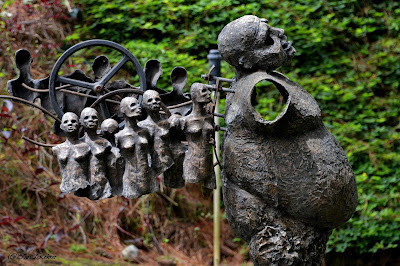 Further into dreams, we walked.  A hill created of thoughts and ideas overlooking the city of Antigua, Guatemala

Sometimes I have to stop and pull away from the birds and absorb the spaces I'm birding. 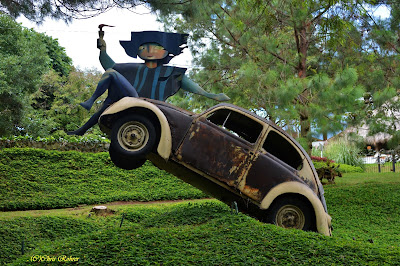 Many of the images were haunting as we strolled this park known as El Tenedor Del Cerro(or the Hill's Fork).  This lush outdoor gallery showcases the many works of Guatemalan artists. 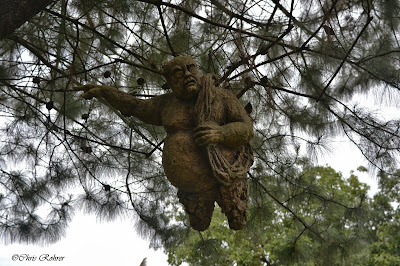 However, the heart of this park is based from the works of Efrain Recinos.  He passed away in 2011 but left quite a bit of his imagery behind for future generations to ponder. 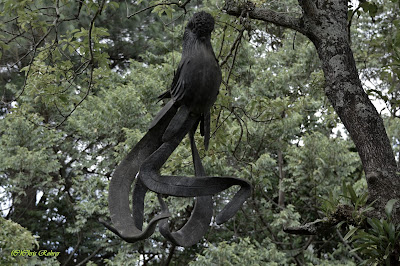 In his work, he utilized lots of birds and soul devouring statues.  The image above was haunting.  What was he trying to say here?  The Resplendent Quetzal, Guatemala's national symbol and pride is shown in this ghostly form. 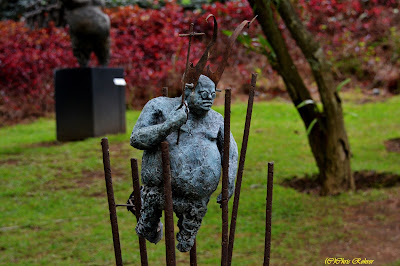 Then we come across many of these demonic images. It's like he actually captured evil spirits and put them inside of his work.  Talk about creepy. 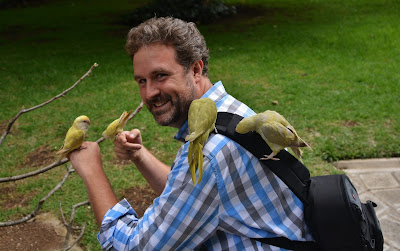 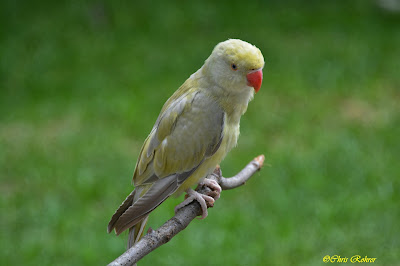 There was a little boy fascinated by the birds.  He began to ask questions and instead of the people handling the parrots answering them, I had unintentionally taken over the job. They didn't have the answers and I took over because my Mother raised parrots and finches growing up.....and I could answer them.  I became so excited that I didn't realize what I had done until after the incident.


I thank my Mom for exposing me to parrots and finches while I was in high school.  I didn't realize how this would all turn out in my life, but it seems one natural progression is turning into another. If it's one thing that El Tenedor Del Cerro does, it makes one think about random things. More to come..... 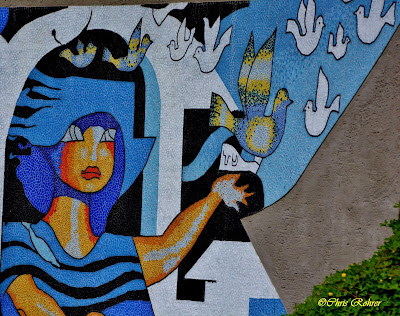 Posted by Rohrerbot at 6:44 AM