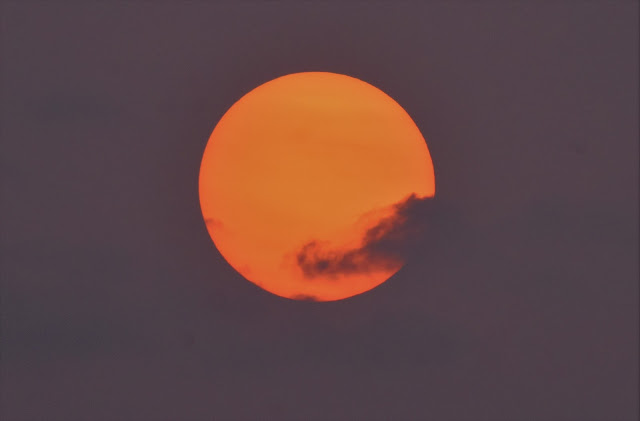 The sun sets eerily masked by the western fires

If we had to use a few words to describe the year 2020, how would we describe it? Over the past few weeks, a phrase came to mind.....beautifully ugly.  Sometimes it repeats itself during moments of tears and anger. Because behind all of this terrible sadness comes a different kind of joy.  Take for example the sun above.  Normally in Arizona, you would never be able to look straight at it.  But because of the devastating wildfires in the West, this sunset is one of the most beautiful things I've ever seen.  Beautifully ugly. 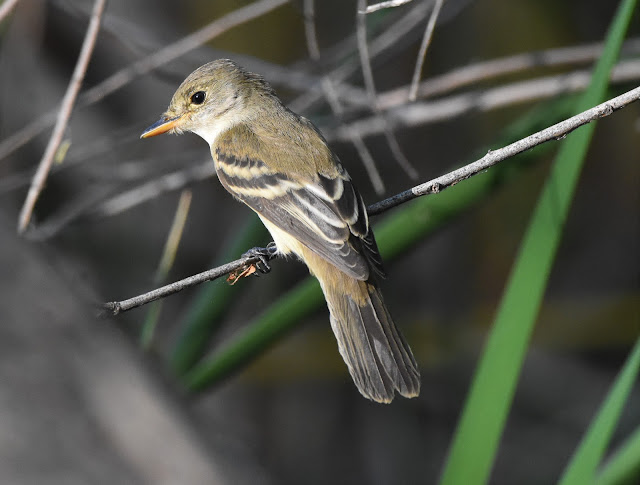 Willow Flycatcher
To date, Arizona has seen some of the wildest birds this year because of all the tragedy surrounding our state.  It might be because everyone is stuck birding locally and finding very special rarities in their local patches. It might be that we have so many professional bird guides living in Arizona and out of jobs that they are forced to stay home....and bird.  Or it could be from the environmental damage happening everywhere.  The fire events in California and other states are huge but pale in comparison to the one that happened in Australia earlier this year. In any case, I think it's a little bit of everything mentioned above.  Rarities from the north, east, west and southern provinces have been showing up all over the state.  Many of us believe that this could be an even more amazing year than it already has been due to birds being forced into new or alternative migration routes. Arizona is one of those states. 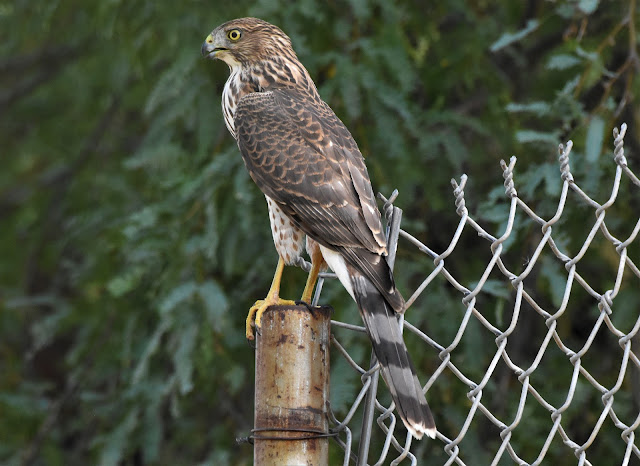 Cooper's Hawk
And so while it may be exciting for birders here, it's also a national tragedy as hundreds of thousands of  birds have been found dead in many of the western states due to extreme weather conditions. 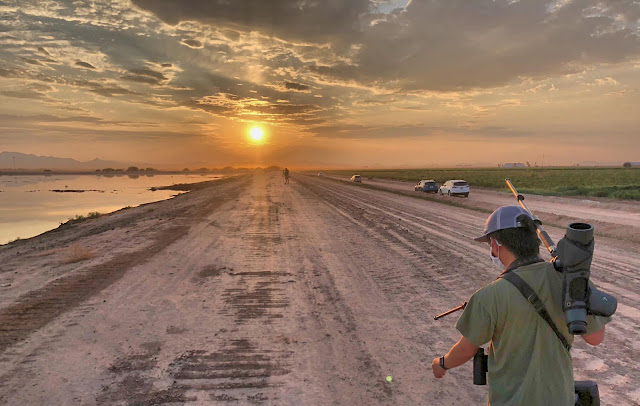 It's chaos here in the US.  Last Friday while looking for a rare Red-eyed Vireo in Pima County, the news broke that Supreme Court Judge Ginsberg passed away.  The country was already deeply divided and this just adds to the flames.  Birders texted each other the news from a patch of willows at an urban park while we tried to find the vireo, but somehow it took the wind out of our sails.  That was a sad drive back home because she was a pretty dynamic woman. Her passing could be the end of women having rights to their own bodies or firing people who are LGBTQ from their jobs because they go against "god's wishes".  It's very sad.  What's worse is that the Republican Senate stole a seat from Democrats back in 2016 when Obama left office.  And now the hypocrites are reversing their own rule they made up and will appoint a very conservative judge on the court.  It's like we're going back in time instead of progressing forward.  Compound all of that with the tragedies happening around the world and.......well.........there's the ugly. If anything, it has made the American people wake up like I've never seen before.  So there's the beautiful. 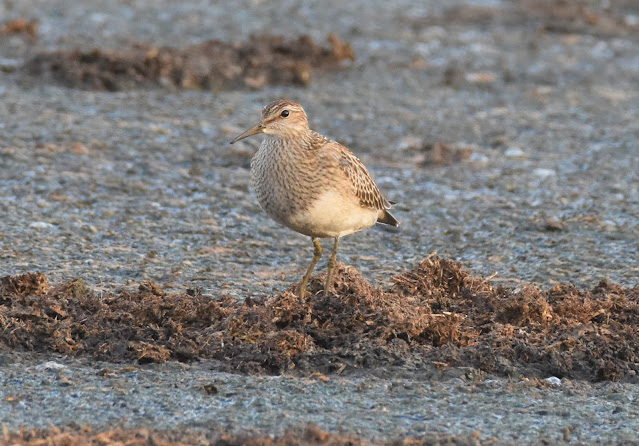 Pectoral Sandpiper
Yet in all this chaos, birds keep us somewhat sane.  And excited.  A rare Ruff was reported in the nasty slop ponds of a dairy farm.  And so we, the birders of AZ, went to find the diamond in the Ruff. 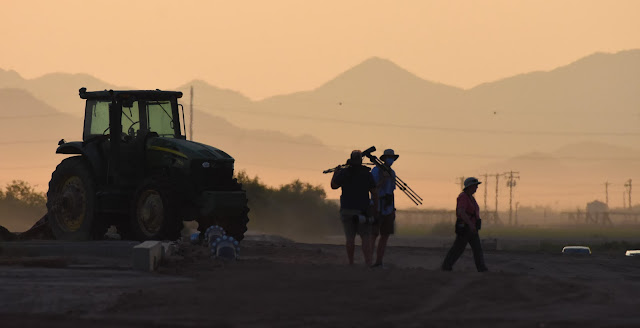 Thousands of shorebirds were spread out over 4 different ponds.  It took us about 20 minutes to locate this really cool shorebird.  It was also a chance to meet new birders.

The rare Ruff surrounded by Baird's Sandpipers
This year has been challenging for so many people.  And in the midst of all the terrible, we discovered the kittens trapped in a storm drain back in July.  They made the news.  I saw their faces and two of them stole my heart.  It didn't make sense then.  And it doesn't make sense now.  But we are so happy they are with us. 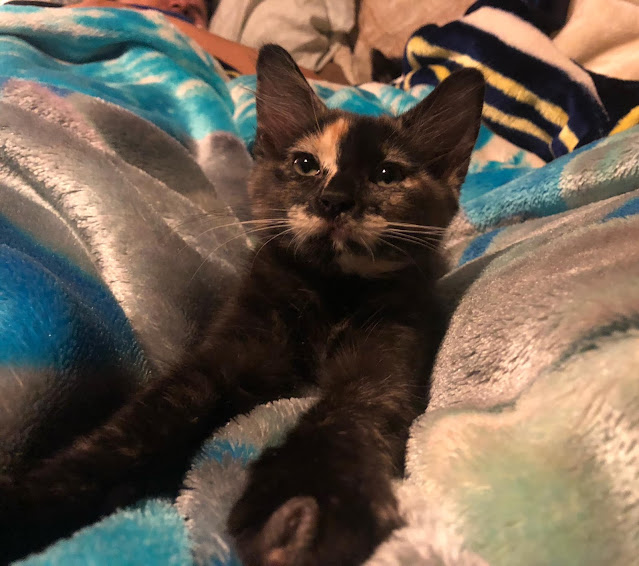 Last week we finally adopted these two little love bugs.  They are so wonderful.  We now have 6 cats.  Are we crazy cat hoarders?  Depends on who you ask.  Many said no, but they also have 8 to 12 cats!   They might be a little bias. 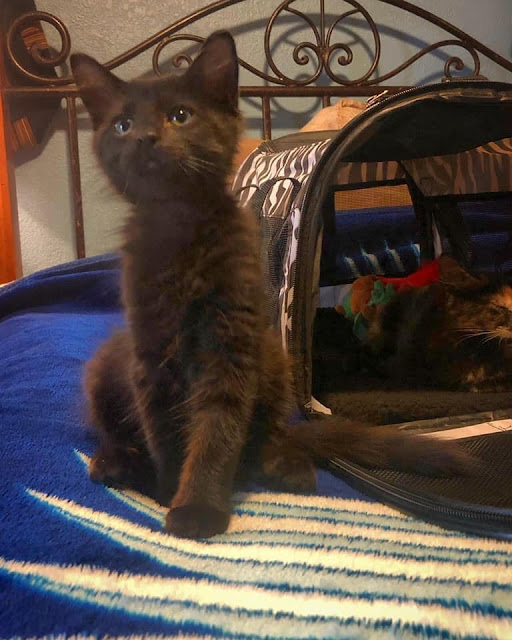 With covid on the rise again in many states, this is the perfect time to rescue or raise a young kitten or puppy.  Home projects are great, but laughing and cuddling with new furry friends is even better in your newly renovated home.  We have to find our happiness during these dark times. For us, it came by rescuing two kittens who very much needed a home.  We needed each other.  It sounds cheesy, but we bonded quickly. Sometimes, without question, someone or something very special comes into your life.  You don't question it. You accept it unconditionally.  If you don't listen to your heart, you'll come to regret it.  And life is way too short for regrets. 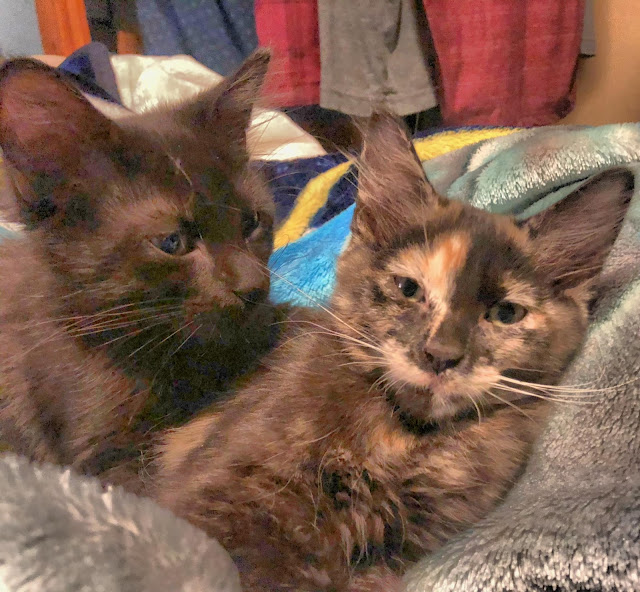 Speaking of dark, Kosmos gets into everything and easily disappears into the shadows.  I have to constantly watch where I'm walking:)  His sister, Nebula, or Little Nebbie, is often part of the action.  The two are inseparable and keep each other entertained. When they aren't playing, they're sleeping.  The older girls have their routines and these two use them as ping pongs.  It's quite the scene. 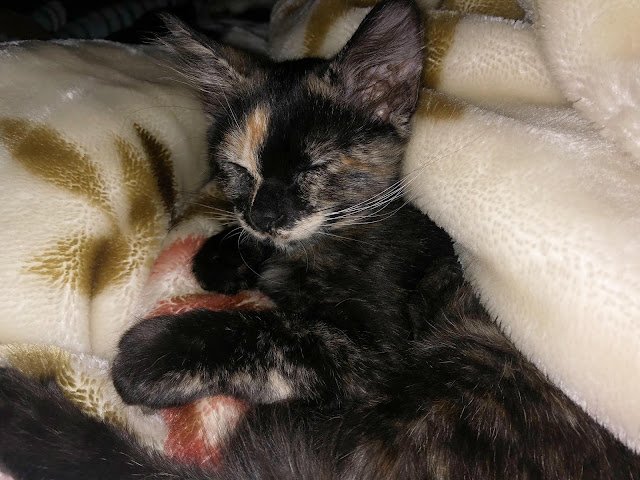 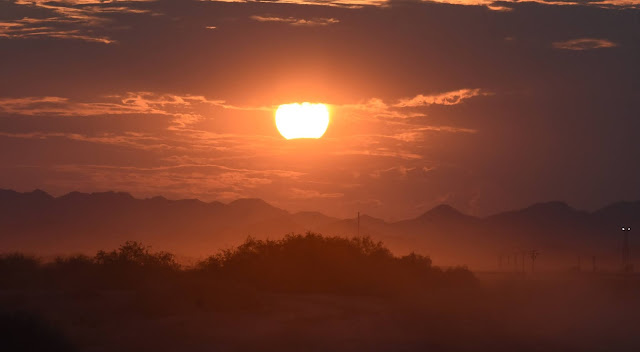