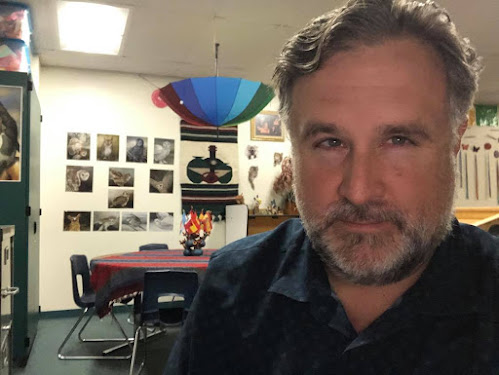 From the birdy office of Las Aventuras, I bring you all the latest in Pima County birding.  Pima county is located in beautiful southeastern Arizona and this year has been an exceptional year for crazy birds.  Pima County has improved a lot of habitat over the past two years at parks and water reclamation plants. With covid ever present in all of our lives, many are forced, or have chosen, to stay home. 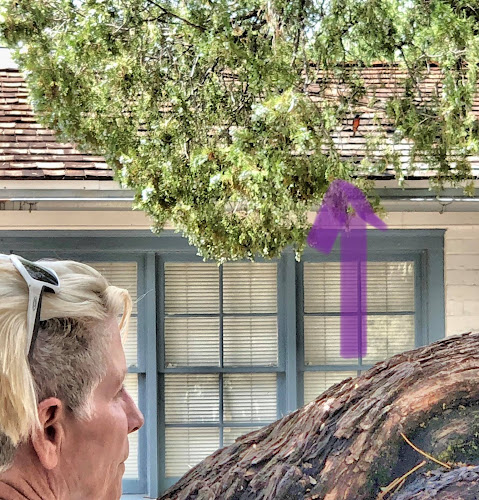 With every major wildlife trek cancelled, I had to find myself a new challenge for the year.  In fact, I think a lot of people have done the same in their own way.  I chose to add new "life" birds to my Pima County list this year.  Every time, I reach a mile marker, I post about it.  For the world life list, it's every new hundred birds.  With my Pima County list, it's every 10 birds. The start of those new ten birds began on October 2019.  On Wednesday, I completed that "10" marker milestone. 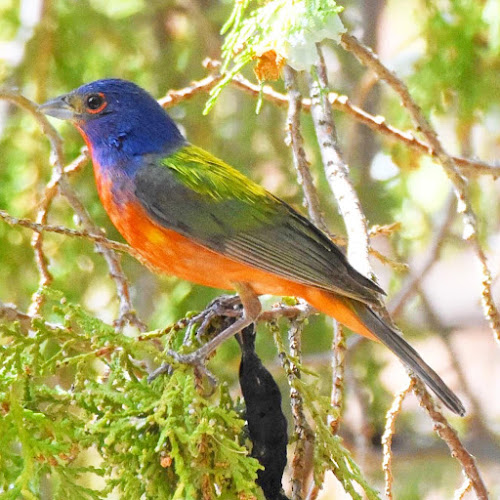 There is something very rewarding about staying within your own county and birding.  It makes you a better birder. And a better detective. It's also fun.  It can also be tedious. One of the birds, I hadn't had on my Pima Life List was the Painted Bunting.  It was a lot of fun to chase and easy! It was also a bird that required a better observation.  This year in Pima, Painted Bunting, the western subspecies, have been everywhere and in good numbers.  They will disappear with the warmer weather come October.

The Arctic Tern was one that wasn't on anyone's list.  It was a mega rarity that showed up at Canoa Ranch.  There were very few documented cases of this tern in Arizona.  That was until now. 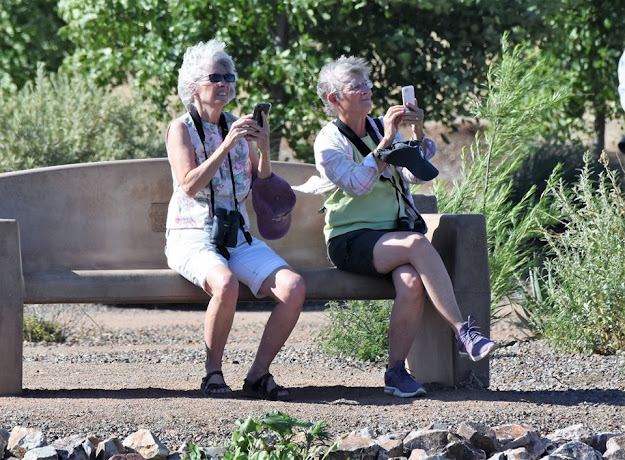 Birders from all over the state came to see this bird as it was a very good state bird for many people. 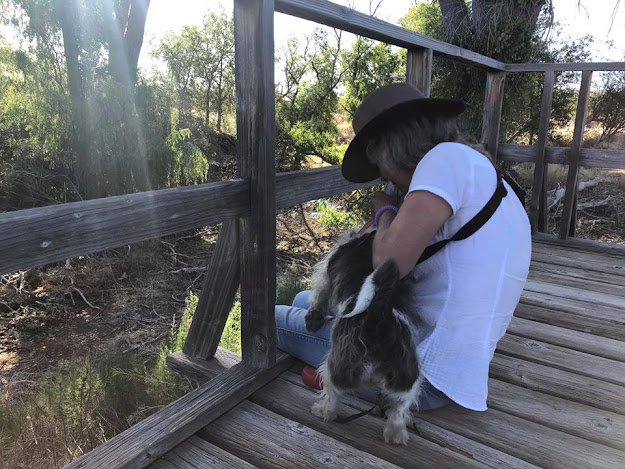 This has been the year of rare Mexican migrants. A first Pima record, Clay-colored Thrush, showed up in Arivaca along a muddy watering hole full of worms. There it sang its beautiful song. 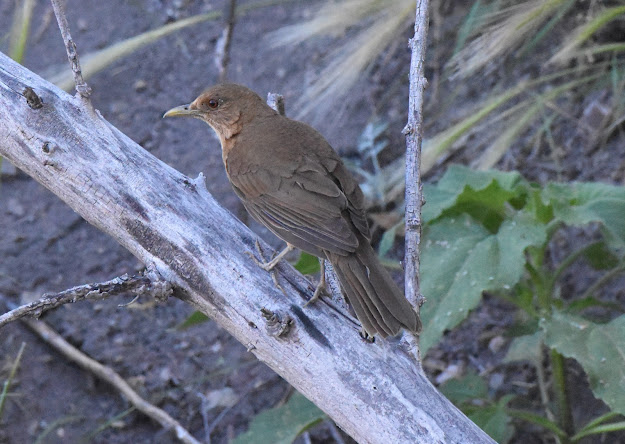 Again, this was a bird that has only one other record in the state.  But it stuck around and people from all over the state came to Pima County to chase this rare bird.  I remember the several sightings to be quite beautiful and memorable. 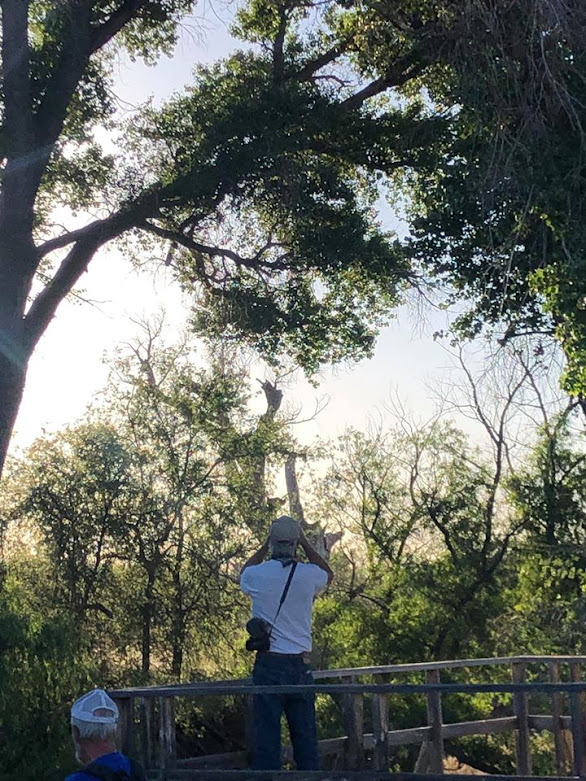 This next Pima "lifer" was not my favorite chase.  I like vireos and the hike was gorgeous on Mt. Lemmon, but the terrain made it difficult to get good views of this somewhat rare breeder on Mt. Lemmon. 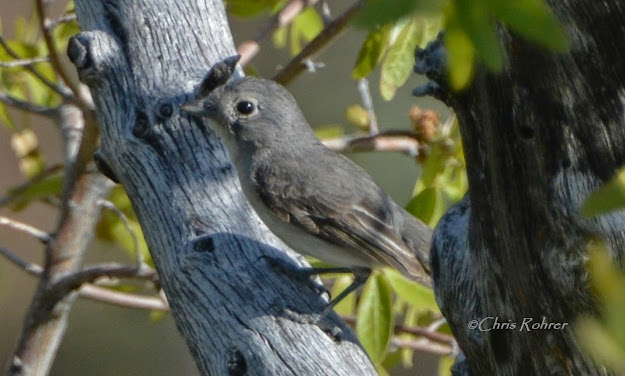 While looking for the bird, I almost stepped on the Sonoran Gophersnake below.  The hike itself was new for me.  I will admit in years past, I was quite lazy to chase this bird.  It's a cool bird but it didn't inspire me to look for it in Pima when they are quite numerous in Maricopa County.  So this bird was work. 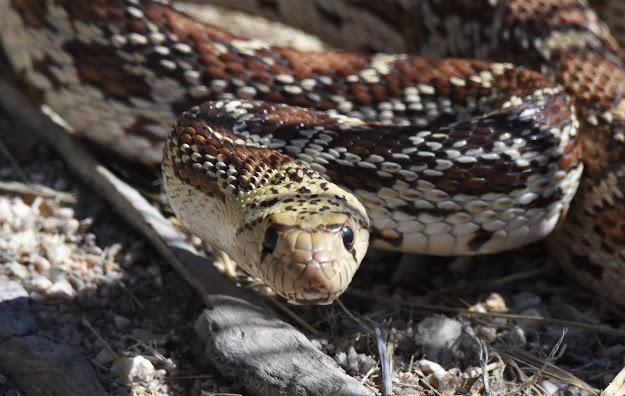 On that day, I got to meet the Bowens.  They are doing a big year in Arizona and doing quite well.  If these rarities keep showing up like they are, they could break the year record! 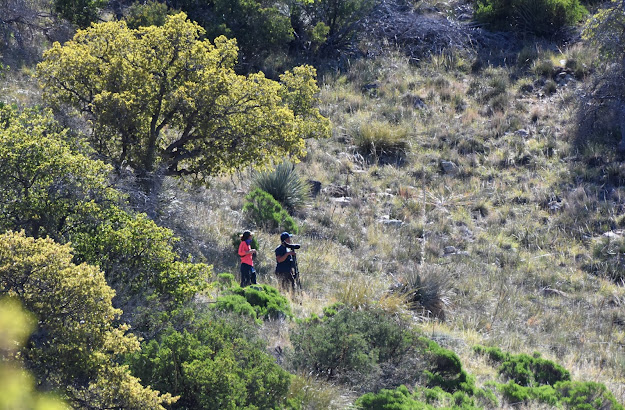 Another chase that didn't really excite me but needed to happen was for the rare Sanderling.  It was at a sewage pond far away.  Pima County is quite large.  In fact, it's larger than some states! 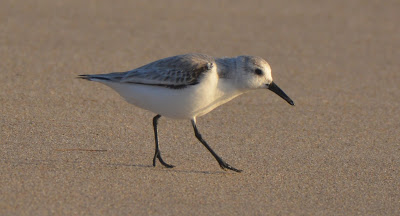 The consolation prize for not only finding this bird was from all the incredible blooming wildflowers along the road.  It was also a more innocent time before covid took hold of everything. It would be the beginning of the end to all new promises of 2020.  Trips and festivals were starting to be cancelled. I remember feeling melancholy on this day. It was a long drive with much time to think. 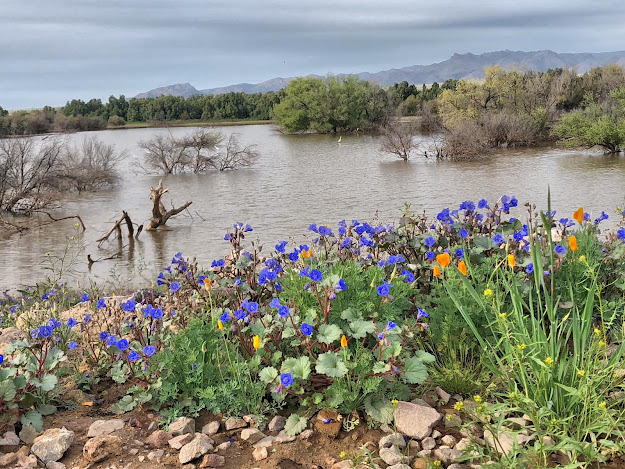 Then came the Sagebrush Sparrow.  It was a cold winter day and I was in the mood to play detective.  So I did.  That's when I found my Pima lifer Sagebrush Sparrow.  Again, I had been lazy with this one.  These sparrows are much easier in other counties of Arizona. I remember sitting in my vehicle speaking with Park Ranger Chip Littlefield about putting together a special field trip to Saguaro National Park with my students. Again, this was a time full of hope and excitement. 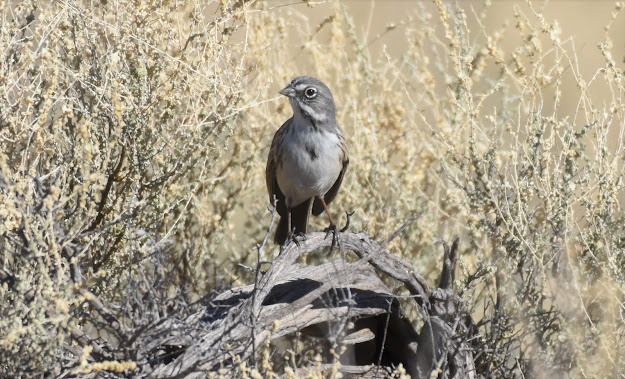 An enjoyable chase for a Ruddy Ground Dove in December 2019 brought me to the rose garden of Reid Park. 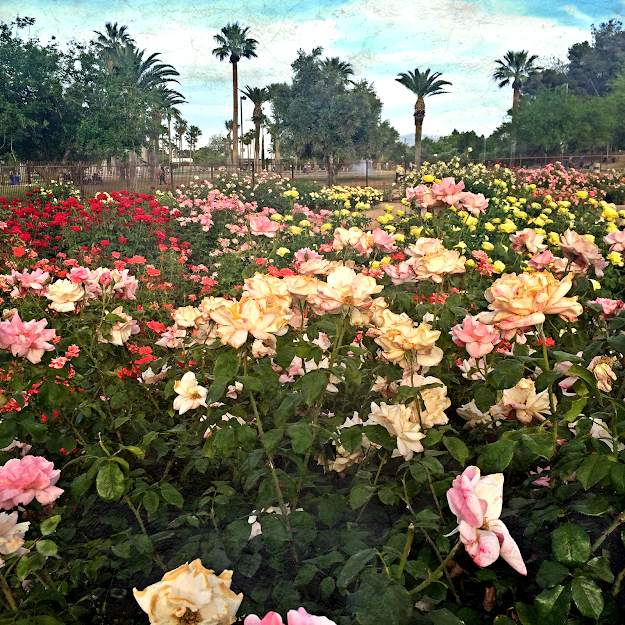 There I watched this somewhat rare dove forage around the garden for bugs. 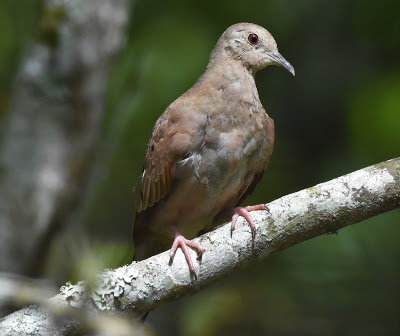 The next bird is a curiosity and probably the most unknown random species in Pima County.  Unlike most places in this country, the American Crow is super rare here.  I've lived in midtown now for years.  With covid happening and work at home, I leave my doors and windows open to hear all the wonderful birds on our property.  I don't have pics or a sound recording but I believe we are on some sort of migration route for these birds. I've checked records on ebird and there seems to be specific time periods with a "line" showing a route over the Rincon mountains into areas like Willcox, etc.  Their unmistakable "CAW CAW CAW!" was heard in March as I was gardening outside. I looked up and they zipped over our El Presidio grounds....again.  In October, I got a visual of them as they were making a lot of noise flying over our house. I don't have digital evidence for ebird and their evaluation crew, but I am hoping to get some documentation on this bird next month.  It's always in the afternoon when I'm in the middle of something.  Had I not been working from home, I would have missed them! 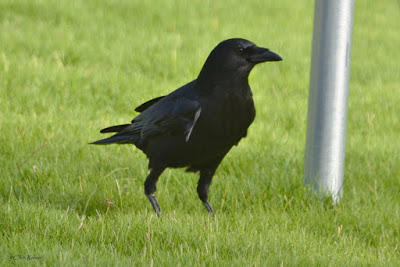 Another treat was a beautiful hike back in December last year to the Buenos Aires Wildlife Refuge.  It was a cool winter day full of birds.  I was excited to chase this rare warbler for Pima County.  He was sneaky too!  The Prairie Warbler was like the cherry on top of an amazing day of birding. Plus I like hanging out with the volunteers there listening to them speak about the Northern Bobwhite reintroduction efforts happening. 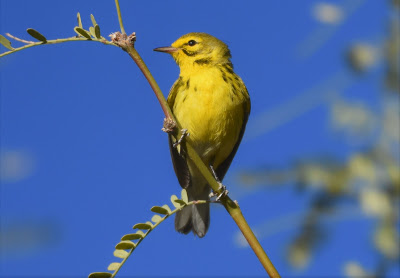 The detective work in Pima County is far from done.  I still have a LeConte's Thrasher to chase which is not really a fun idea for me because it's far and lives in some of my most unlikable bird habitat....the Mad Max Beyond Thunderdome habitat.  Desolate, remote and hot. 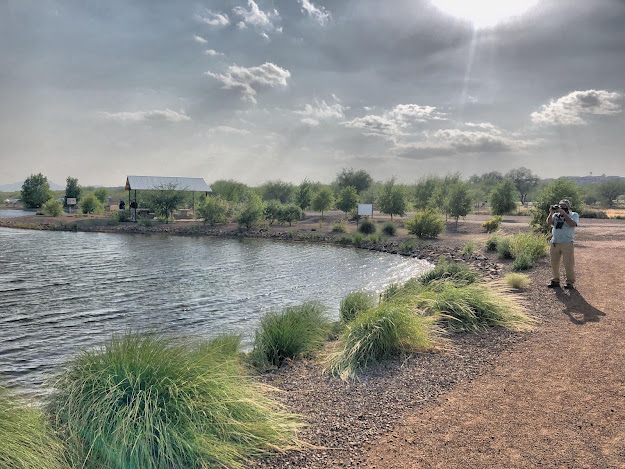 There is truly only one man in Pima right now "in charge" of all the birds.  Brian Nicholas, since he has retired, has really done an amazing job connecting other birders to some rarities.  He specifically monitors Canoa Ranch where a very rare national, state and Pima County bird showed up.....the Northern Jacana.  Like the Eared Quetzal, everyone is flying or driving from all over the country to see this bird and get it on their lists.
It's a pretty common bird in Mexico and I've seen them close to the AZ border in Sonora, Mexico.  But this one crossed over into the ABA area. 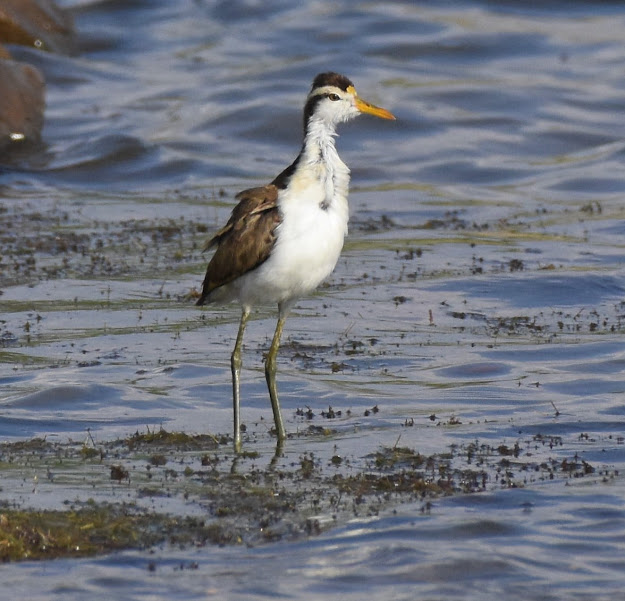 And finally I got another Pima lifer, the Black Tern. Normally they migrate this time of year through parts of Pima County but they never stay.  I've been too lazy to chase them over the years.  I had tried initially and then just took the approach...."If I'm in the area one day..."  And that was the case with the Northern Jacana.  Birders were saying, "Have you heard?  They have 4 species of tern down there at the Amado pond."  This past week with that Black Tern, I added number 381 to my life list in Pima County.  Now that is something! 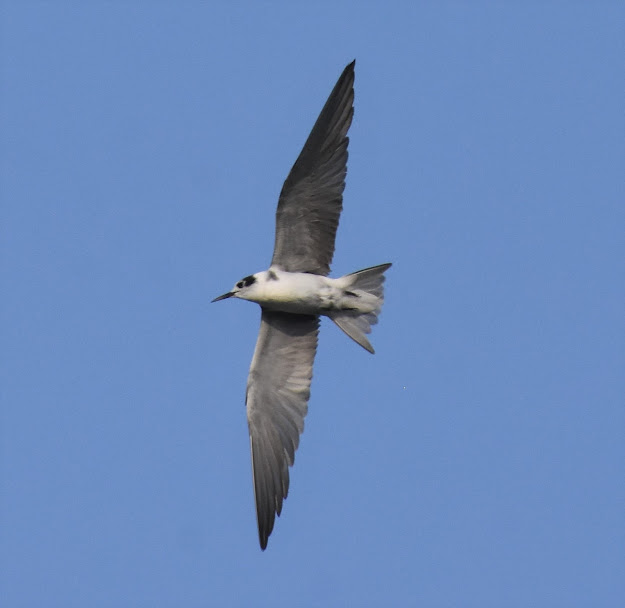 We can give up or we can create our own challenges during these challenging times.  I'd rather try my best even if I'm not exploring strange new worlds and civilizations.  There is still adventure nearby.  But instead of us traveling to all those exotic places to find them; we wait for them to visit us. Until next time.....