Back in Arizona, the sun was out and spring had begun.

Nesting birds were everywhere.  I was gone for one week and in one week so much had changed here!  New birds had arrived!

Hawks begin the migration cycle. Then the Lucy's and Yellow Warblers arrive with the Bell's Vireos.  They are followed by the gulls, terns and sandpipers. While all that is going on, the Black-headed Grosbeaks, Tanagers and Orioles also move forward. Hummingbirds and night birds start to fly into the scene and it can be quite overwhelming!

Sometimes it's hard to pick and choose where to go because there is so much activity happening around us. The birds are most active in the spring as they call for a potential mate.  It is also during this time that birders will get quality views of the normally secretive birds.

The wildflower show begins and is then followed by cacti blooming everywhere!

We watch as juvenile Bald Eagles attempt to copulate or just practice aerial flights with other birds.  Here, we can see the size difference between these two birds as they fly over Mormon Lake up in Flagstaff. I didn't observe any aggression between the Bald Eagle and Red-tailed Hawk.  I got a sense that it was either territorial or that the eagle was practicing its flight moves with the hawk.  Human comparison?  Like two ice skaters in sync with each other during a performance. 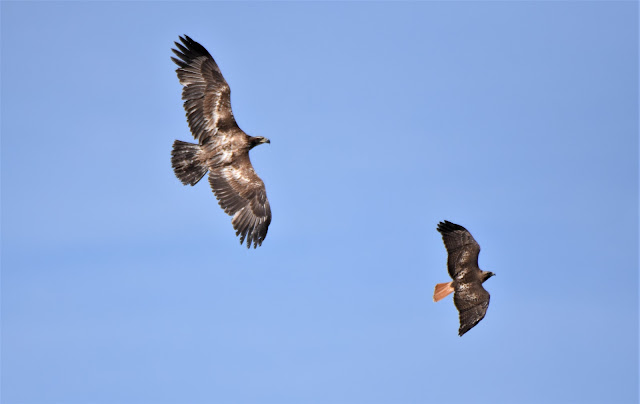 This was quite a show. 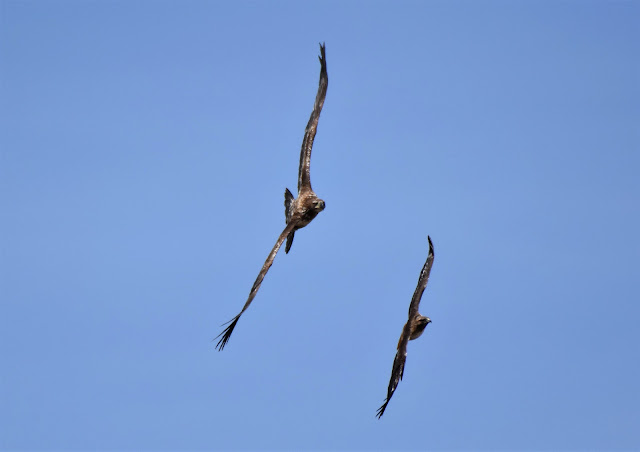 I hear a Great Horned Owl make a call.  I follow his low hoot that echoes in the palms and find two ladies making out.  I said, "Hey, stop making out and look at the owl above you!"  They pulled out their cell phones and snapped shots.  Apparently love is the air for all living things.

"The moment you doubt whether you can fly, you cease forever to be able to do it."  Peter Pan

I am a birder and always will be.  I cannot give up this journey.  Sometimes I question myself.  When is enough....enough?  And then something happens to remind me that without certain elements in my life, I'd be lost. 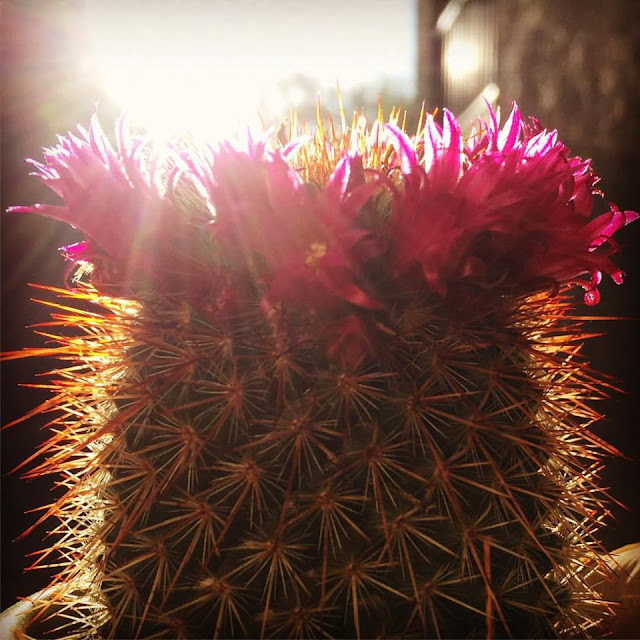 While my trip to the Pacific Northwest satiated my lifer search, it once again brought me back to reality.  Each day alive is a gift. I was reminded of that once again when one of my fellow co-workers unexpectedly passed away during surgery.  She was only 62 years old. I have met so many people that only have their work or kids that define them. Retirement is a reawakening for many people. But for some, it's the scariest thing ever. This teacher was always the first one at school helping the kiddos learn their math. Once she told me that if she didn't have her job, she wouldn't be sure what she would do. And that is a reality for many people.


I get so busy with my own life that I forget to stop and think about those who suffer from loneliness. It's often said we surround ourselves with people who are like-minded.  I think most people are busy, happy and pursuing their passions.  But that isn't always the case.  I drown in my work sometimes and need to take the time to pay better attention to my coworkers around me.  I mean....I do it with the birds! And if I didn't pay attention to the details in my marriage, I'd be in big trouble:)

A moment in time.  That's all we have.  As spring arrives, I remember to soak it all into this brain of mine. My definition of work?  It's something I enjoy.  It grounds me and gives me a routine but it isn't my life.  That's not to say that I don't love what I do....but it doesn't define my existence.  My marriage, the birds, my friends, my family....and my cats take up a lot of my time. I'm a lucky guy and I never take any of that for granted.


Life is an adventure. So is shaving a long haired cat. I know Ms. Harmon would have loved this because she was a cat person just like we are. We talked about cats way more than anyone ever should:)  Until next time.... 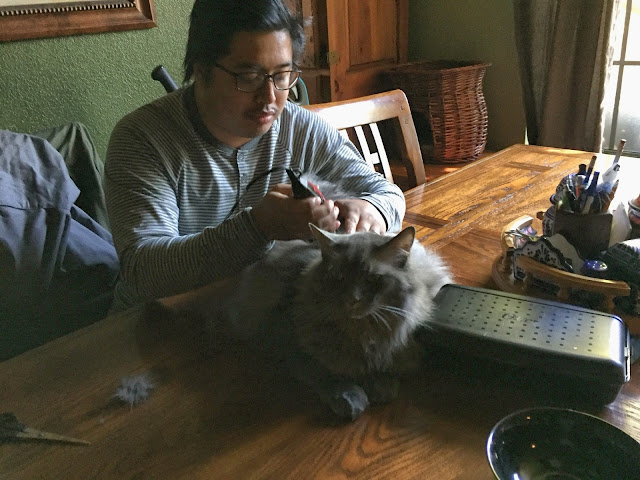