This past week was one for the records in Arizona.  Hurricane Odile came and poured lots of wonderful rain around Arizona.  Southeastern Arizona was hit the hardest with some areas receiving over 4 inches!  Rivers and washes overflowed near cities like Sierra Vista and Patagonia essentially shutting down most of our access routes into their wildlife areas.  Thankfully Tucson was spared the nasty stuff.  However, we did have rain almost every day in different parts of the Old Pueblo last week.  The moisture has since stayed around our area and it really has been nice. 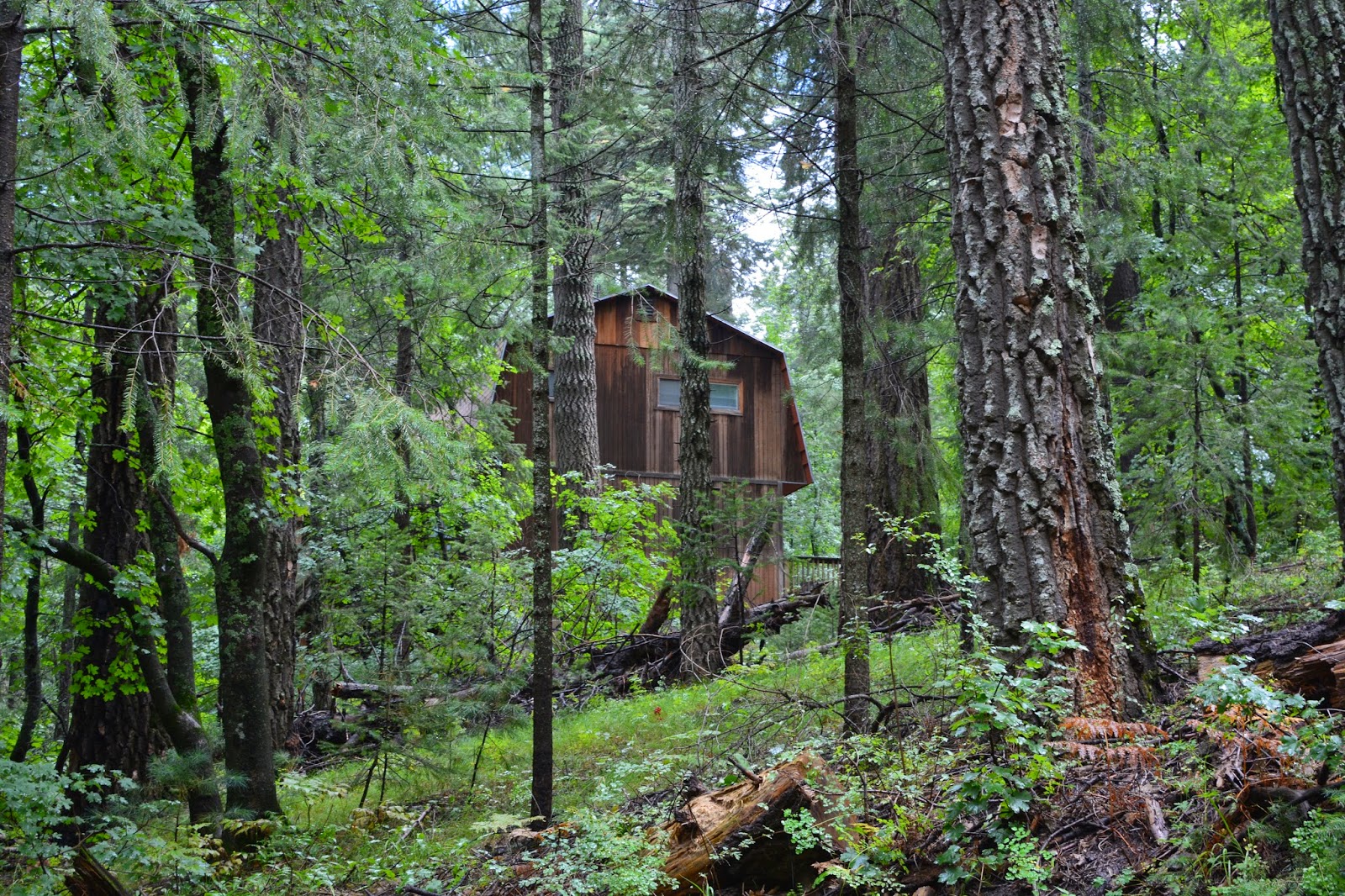 We've been on the road since the beginning of September and this past weekend was one for relaxing and enjoying the bird feeders up at my friends' cabin on Mt. Lemmon.  It's close to Tucson and completely in its own world.   They have birds like Red-breasted Nuthatches, Steller's Jays, Yellow-eyed Juncos, Mountain Chickadees and other colorful characters coming to their feeders.  So I loaded up their feeders with a book in hand, breathed in the pine scented air, got in my pj's, watched the rain come down and had my camera ready. And all in that order:)

The home life at El Presidio has been difficult due to a neighbor with severe mental issues verbally attacking residents. Not only is he a danger to himself but to those around him. As HOA President(someone has to do it), I get to deal with it all. Anyhow, he has been very aggressive with many of my fellow neighbors.  They, of course, have injunctions against him. While dealing with one of his outbursts, the police and our poor neighbors, I saw this migrating Pacific-slope Flycatcher move through our garden!  What are the chances?!  I quickly grabbed my camera when the drama was over and snapped off a couple shots before this new yard bird disappeared!  Unbelievable!  Perhaps a message from Mother Nature reminding me that this too shall pass?

So when my wonderful friend's offered me their cabin for the weekend, it was a no brainer! 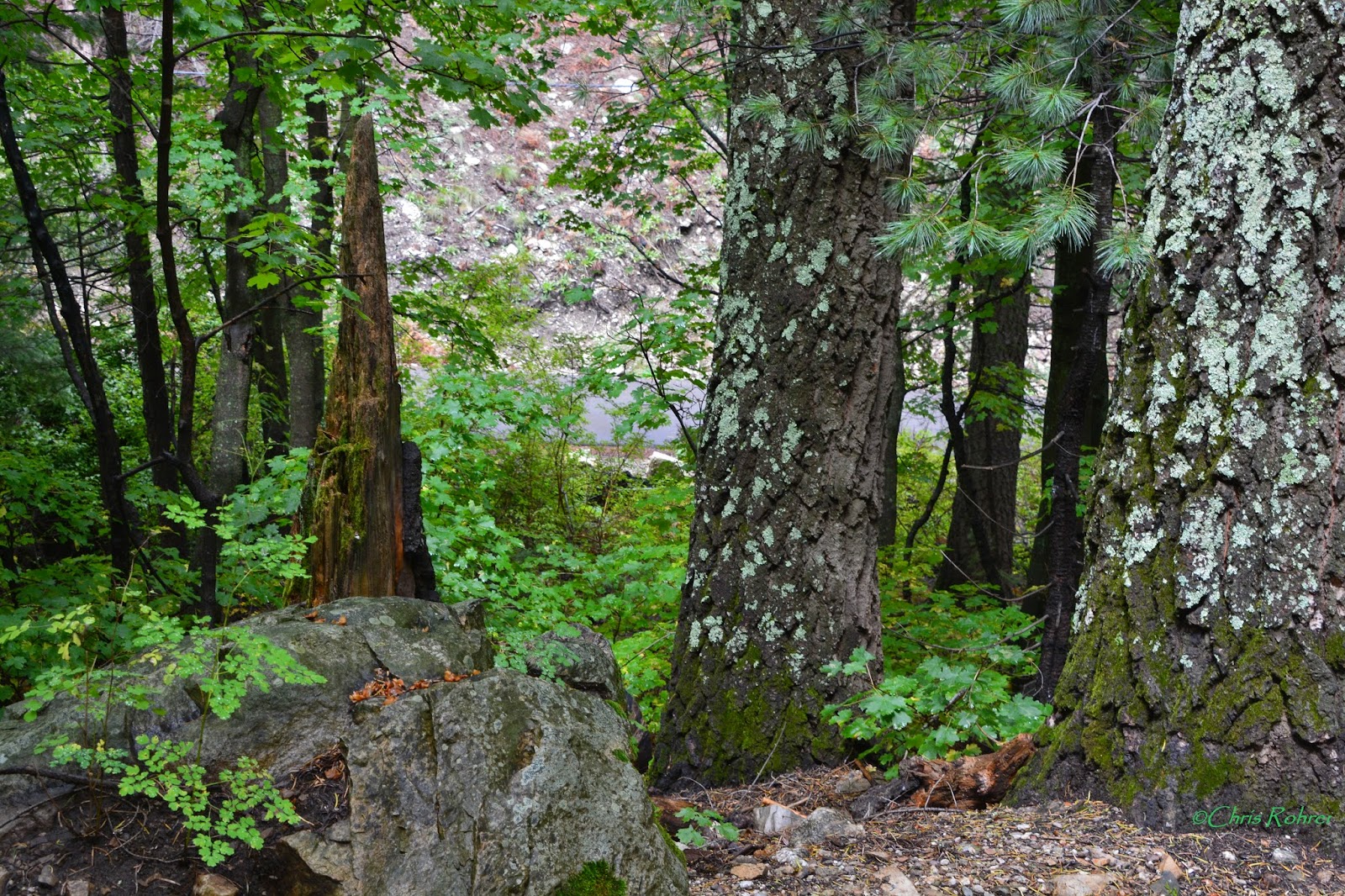 And thus began my studies for the weekend.  Warbler migration is happening all around us and so I went to the top of Mt. Lemmon to get better photo documentation of Hermit Warblers.  They currently are migrating down along the Pacific Coast regions back into Mexico and Central America. Every spring and fall some will pass through Southern Arizona within our Sky Islands.


Meanwhile, the Townsend's Warbler crosses over from the state of California and the North during the same time period as they head to their wintering grounds both in Arizona, Mexico and Central America.   They not only cross paths but have also been known to crossbreed! Hybrids are possible between these two warbler species!

It was a relaxing weekend.  I didn't have to go far to study my target birds.  Plus I had a wildlife party at the cabin. Pygmy Nuthatches were out of control!  They were not afraid of me at all.

I sat reading my book while 16 of these little birds clung to the large cylinder feeders. Then I noticed that one of the Pygmy Nuthatches got inside the feeder!  I helped the little bugger out with assistance from his friends.  They sat around me watching as I opened the feeder up so that he could get out.  These days I feel like I have a stronger connection to the birds than I do with people! I wish someone had been there to witness the event. It was a Snow White moment as I sang.... "♪♪Aaaaaaahahaaaaa..♫..aaaahahaaaaa♪♪!"  To be honest, my best work usually happens when I'm alone on these treks.

I arrived to the rainy and wet mountain top and all of my energy just drained from my body once the cool temps hit me.  I miss the cool temps. The cabin had been quiet, but I made some calls to attract the local Steller's Jays.  They came quickly as I set up my peanut feeders. Steller's Jays will also inadvertently signal to other birds that there is food nearby. Or at least that has been my observation from visiting the cabin over the past 10 years.  Quickly enough, I had birds at the feeders.  Below is a photo of the views I had from the cabin windows.  It was quite the contrast from the hot desert floor below where it was sunny and in the 90's! All thanks to tropical depression Odile! 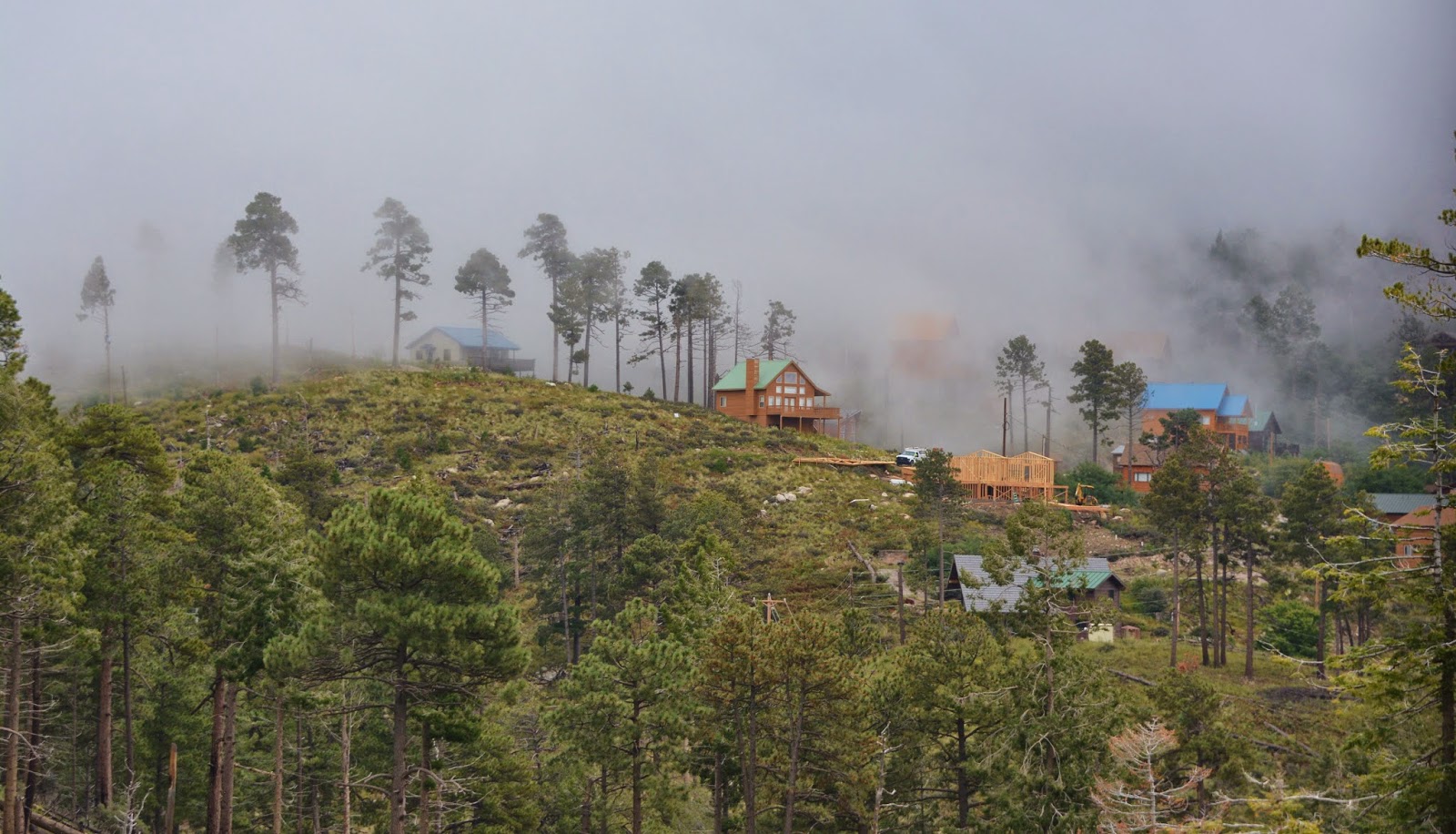 Soon the desert will be safe again to explore.  Right now, it's full of baby snakes, reptiles and bugs! Herper heaven!  I am a snake charmer(not by choice) and want to avoid contact with the scaled variety. My issue?  Accidentally stepping on the poor things while I'm scanning the trees and sky! Over the past several years I've had many encounters.  Take for example this Green Rat Snake.  I almost stepped on the poor bugger thanks to a very vocal Hepatic Tanager.  Then I discovered it was a Herper's dream to find one of these.  Apparently they are hard to find! So we kept the location secret from the Sith Herpers who would illegally poach the area for this gem. 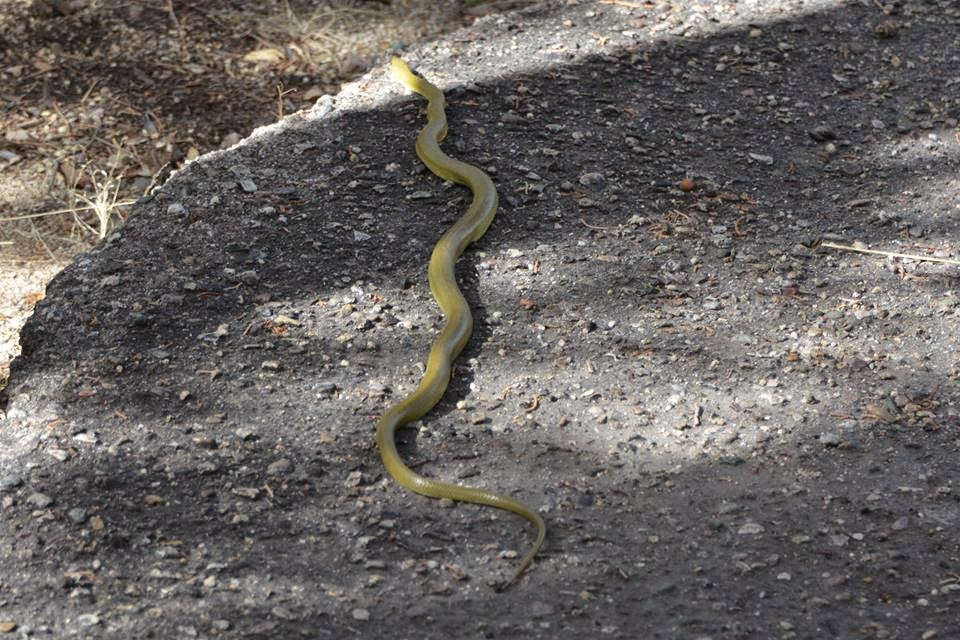 The heat and humidity are still too much to endure after being out in the desert for about 20 minutes, but the weather is cooling down each day.  Here is a photo taken from my work place of the Santa Catalina mountains covered by the tropical remains of Odile.  Summerhaven is up there and covered by the dense clouds!

This past weekend was another successful study.  Sometimes birders will become frustrated with poor observations of a life bird.  Sometimes we only get a brief glance of our life bird before it disappears for good.  So I'm thankful that the Hermit Warblers played nice this weekend.  Here are some other common players found around the town of Summerhaven. And haven it was! 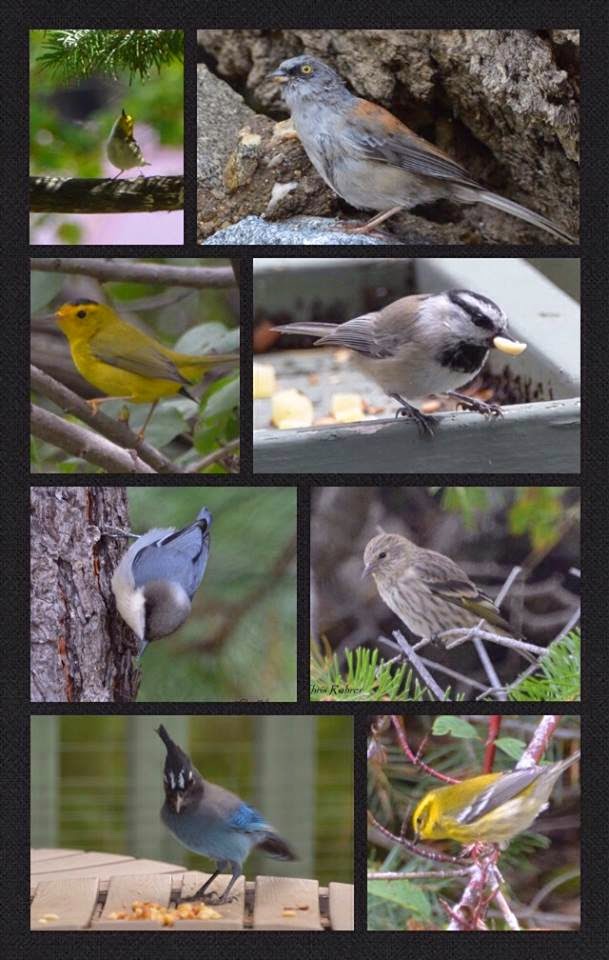 Posted by Rohrerbot at 8:13 PM