What's in a number?


Overall, it has been a slow year for me in Arizona for bird rarities.  And the rarities that I've seen so far this year have been eastern birds which means many of them are not lifers. Still, it's fun to challenge oneself and search for new state birds. These last ten "new" bird species moved me into the 460 bird species category of Arizona birding.  It took about a year to get here starting back in October of 2018. 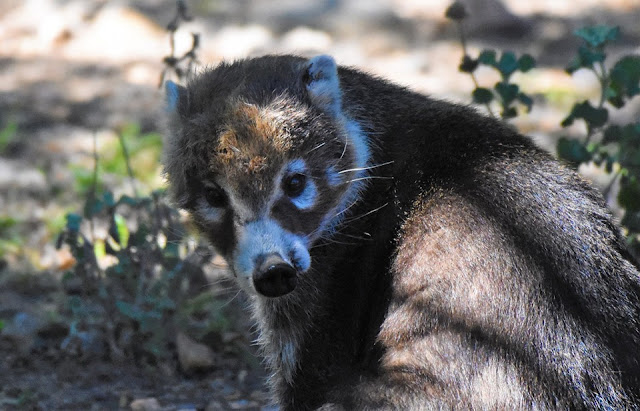 In years past, it wasn't unusual to add 15 or 20 birds a year.  I was doubtful that I would hit this milestone marker so soon but here they are, numbers 450 to 460.  This is the true challenge of state birding.


We start out with a first time record of the Ringed Kingfisher in Arizona. Speculation had been swirling in a remote southern part of the state near the mining town of Safford that a large kingfisher had been seen visiting watering holes around a neighborhood.  A naturalist saw this bird but didn't report it right away until he mentioned it to another birder.  She snapped photos and shared it to social media.  What followed afterwards was mayhem. First time record birds are serious business.  All birders from ancient times and present came together to look for this elusive bird in a rather red neckish area of the state. It eluded many birders.  Apparently, some were threatened by the savage locals. We never saw any of that stuff. In fact, the Saffordlings were very kind to us. Maybe it was because we didn't trespass onto private property. Today this bird may still be around but no one is saying a peep.  The chase was exciting for me because I got to play detective with a friend.  And it worked.


At 451, friend Melanie Herring spotted a rare gull for Arizona birders.  A few records for the Iceland Gull have been recorded for this state.  But not many.  So it was a lovely chase to a desert lake surrounded by an RV campground. This was another fun state chase near the Phoenix area.


Then it was time for 452.  Birders attended an AZFO conference back in 2018.  An excellent lecture was given on Ferruginous Pygmy-Owl in Ajo.  These saguaro cactus loving owls are considered endangered here in Arizona and found in specific habitat.  We've speculated often about where we'd find these owls besides Organ Pipe National Monument.  I just didn't want to chase and disturb this owl.  There are literally hundreds of miles of excellent habitat for this bird but their locations are very remote and difficult to access without the right vehicle. But we did our hike.  I heard and saw the bird and left.  This sensitive species is hidden from ebird and only those with excellent knowledge of their habitat will be able to find them. This is one I didn't want to chase and will not chase again.  Their populations seem to be doing fine but a civil war broke out among birders about advertising the various owl's locations. These particular owls are not fond of human settlements and like to live away from the urban areas.


The next two state birds were observed on the same day.  It was a perfect day out and one of the most fun treks to the North Rim.  This would be the day we'd get to observe Black Rosy-Finches up close along with a Gray-crowned Rosy-Finch!  Not only are these beautiful birds, but they are often difficult to observe up close. Every year a birder sees one or two Black Rosy-Finches, but they don't stick around long enough for other birders to observe.  A Gray-crowned Rosy-Finch was the icing on a cake with only a handful of records!


By the end of the year, a Black-legged Kittiwake flew into the Phoenix area.  I didn't have great photos of this species from other places so I went to search for this bird.  So did many other birders.  It stuck around for a few days and made for a nice experience.


The White-throated Thrush was probably the MOST exciting bird for the 2019 birding season. I actually took a day off to see this first time Arizona record.


Then it would get slow.  Between January and May, there were no new birds for my Arizona list.  Again on theory, I went with my friend Celeste to Boyce Thompson Arboretum to check out the spring migration for warblers, etc. We lucked out and had a great observation of a Red-eyed Vireo.  I've seen this bird often in other places but never in Arizona.  There are several records of this bird every year passing through the state.  It's just about being in the right place at the right time. And we were.


At 458, I had had it with this stupid nemesis bird, the Short-tailed Hawk.  I have hiked and driven to all the spots where these birds had been reported.  Each year a few nest on our mountain tops in Southern Arizona. However, they take some skill in finding.  Most people accidentally find them.  Luckily for us, we got to see one on top of Mt. Lemmon. And now my last AZ breeding nemesis bird and lifer is the Dusky Grouse.


The last two birds were not very exciting for me at all. Bird number 459 was the Eastern Kingbird and 460 was the Yellow-throated Vireo. We spotted a migrating Eastern Kingbird flying across the highway near Eager.  It wasn't chaseable as they never are due to their migration pattern.  It's a bird that does not stick around the area. However, the Yellow-throated Vireo near Sedona has stuck around for several years now.  It's a rare bird for the state, but I never went to chase it because I wasn't into searching for that bird. However during a trek up to Flagstaff, we stopped to look for the bird.  It was found in the beautiful Oak Creek Canyon.


If anything state birding can be a lot of fun.  Birds can take you to some very random locations.  Driving is a must and it requires patience and gas money. I will admit that with a job and friends, the state birding takes a third place unless the bird is a lifer. The Yellow-throated Vireo is a good example of this all.  It took me two or three years to look for it.  It's a pretty rare bird for the state but I've seen them often enough.  The Red-eyed Vireo or Eastern Kingbird are other species that I normally wouldn't chase.

Now if we're talking warblers or ocean birds, then I get excited.  I still wait for a surprise Magnificent Frigatebird to descend from the heavens during a hurricane event.

Posted by Rohrerbot at 1:07 PM